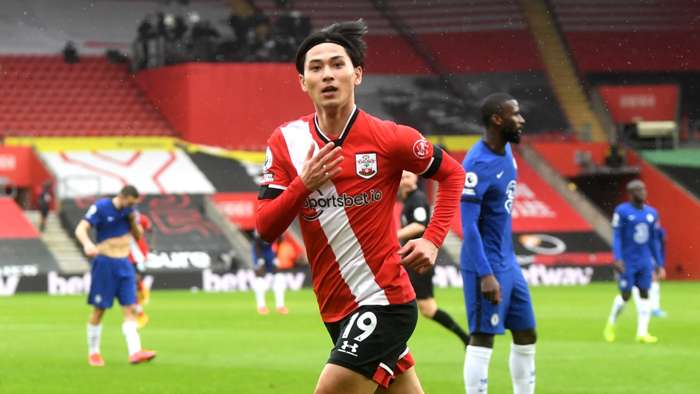 Takumi Minamino has scored just two goals for Southampton on the back of his January loan move from Liverpool, with Saints boss Ralph Hasenhuttl putting those struggles down to collective issues at St Mary’s.

The highly-rated Japan international headed to the south coast during the winter transfer window after finding regular game time hard to come by at Anfield.

He has shown glimpses of what he is capable of, but the 26-year-old is yet to produce his best on a consistent basis and was the first player replaced by Hasenhuttl during a 2-1 defeat to Brighton on Sunday.

In an effort to explain the difficulties being endured by Minamino, the Southampton manager told Hampshire Live: "It is difficult for him now because the team is not in the best shape.

"He always shows his quality on the ball but he did not have the biggest impact on the game, this is why I chose to substitute him and bring a fresh player on for him."

Hasenhuttl added: "We must have a look. I am happy he is here. He has scored two important goals for us so far and hopefully, he does that a few more times."

A positive start was made to his time with the Saints, as a first-half goal was scored on his debut against Newcastle.

A well-taken effort was then rolled home in a meeting with Chelsea on February 20, but end product has dried up since then.

The Saints have been finding the going tough for some time.

Just one win has been taken from their last 12 Premier League games, against rock-bottom Sheffield United, with that run stretching back towards the turn of the year.

Ten defeats have been suffered during an alarming slump, with a 5-2 reversal against Manchester City and 9-0 hammering by Manchester United endured along the way.

Progress has been made to the quarter-finals of the FA Cup, where they are due to meet south coast rivals Bournemouth on Saturday, but Minamino and Co are still searching for a spark at the business end of another testing campaign.