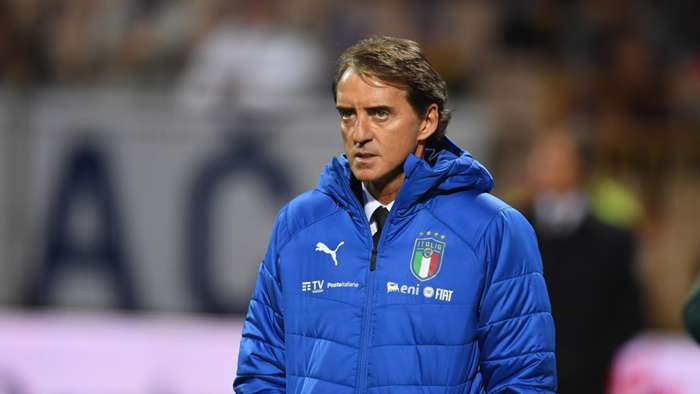 Italy travel to Amsterdam on Monday evening in the UEFA Nations League to face last year's beaten finalists the Netherlands at the Johan Cruyff Arena.

The Azzurri saw their 11 match winning run come to an end on Friday with a 1-1 draw against Bosnia, while the Dutch overcame Poland 1-0 and are the early leaders in Group One of League A.

Italy should welcome back Giorgio Chiellini after he was accidentally rested against Bosnia, with Mancini saying he would "change personnel" for the game in Amsterdam.

Neither side was at their best last week, which is understandable given that they were both playing their first respective games in nearly a year.

Nevertheless, they avoided defeat despite not firing on all cylinders which is a testament to how difficult to break down they have both become.

The Netherlands have now kept clean sheets in five of their last eight games including against both Germany and France, and during their Euro 2020 qualifying campaign theyconceded just seven times.

Italy for their part let in a mere four goals during the 10 matches in their qualifying campaign and opposing a high-scoring encounter on Monday night makes plenty of sense.