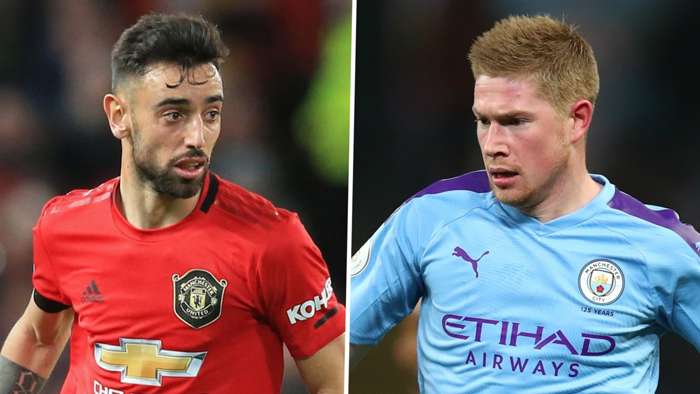 Manchester United star Bruno Fernandes has responded to Jose Mourinho's dig at his penalty record, while pointing out that Kevin De Bruyne is the only man who can better his statistics for goal involvements.

He also managed to provide eight assists as Ole Gunnar Solskjaer's side finished third in the Premier League, making the club's initial€55 million (£49m/$65m) investment seem like a bargain.

However, eight of his goals came from the penalty spot, with the Red Devils awarded a total of 20 fouls in the area across all competitions in 2019-20.

United set a new record for the mostpenalties won in a single top-flight campaign (14), and Mourinho, who coached at Old Trafford between 2006 and 2018, couldn't resist a jibe at Fernandes when quizzed on his impact in Manchester.

“Bruno came in, was fit, played very well, improved the United team and also proved to be a great penalty taker, one of the best in the world, because he had about 20 to score," The Tottenham boss said in July.

And Fernandes has now addressed Mourinho's comments ahead of the new season, telling Portuguese publication A Bola :"I honestly did not feel stung.

"I feel that I am a good penalty taker and nothing more, I understand, but what I take from his Mourinho's words, because I’m a very positive person, is that he said I hit penalties well.

"It is a reality, not least since I arrived atManchester United."

The 25-year-old went on to compare his record in the final third with Manchester City starDe Bruyne, who equalled Thierry Henry's assist record during his 35 Premier League appearances last term.

"I hear people saying, 'ah, he only scores from penalty kicks' but a little while ago, I saw the statistics and, except for penalties, only Kevin De Bruyne has a higher involvement in goals than me in England when it comes to midfielders," said Fernandes.

The Portugal international is currently away on international duty with his country, and will have little time to recover from a UEFA Nations League doubleheader against Croatia and Sweden when he returns to Old Trafford.