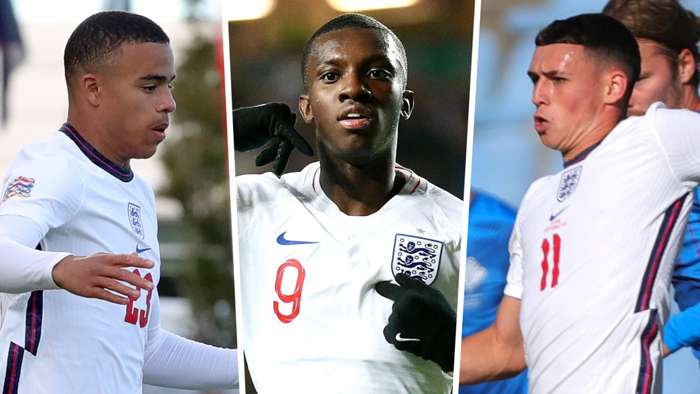 Dean Ashton thinks that Arsenal's Eddie Nketiah has been overlooked for an England call-up and that he deserves to be in Gareth Southgate's next squad after several young stars blew their chance.

Manchester United's Mason Greenwood and Man City's Phil Foden were sent home from the Three Lions camp in Iceland after breaking lockdown protocols and manager Southgate has called on the pair to regain his trust following the incident , with huge questions now being asked of the duo's professionalism.

Afterwards, England drew their UEFA Nations League match with Denmark 0-0, while Nketiah moved to within one goal of Alan Shearer's Under-21s record of 13 strikes after netting in a 2-1 win over Austria's U21s.

And Ashton, a former forward himself, thinks it is time that the Arsenal striker gets his chance after breaking through under Mikel Arteta at Emirates Stadium.

“Eddie Nketiah has gone in under the radar a little bit and he is staring down the barrel of Alan Shearer’s U21s goal record,” Ashton said to Goal ahead of the return of the EFL on Quest highlights show this Saturday.

“That says a hell of a lot about how he is playing at that level. There are a lot of players who are unbelievable in the Championship and U21s providing depth for Gareth in future talent.

“I think Mason Greenwood has already got in there ahead of the Euros but we are not too sure how Gareth will handle what has happened in future squads.”

Ashton himself earned an England call in 2006 following a career that saw him rise up through the leagues from Crewe to Norwich City. That success was halted as he was forced to retire aged 26, following a severe ankle injury sustained while on international duty in 2008.

Having spent much of his career progressing through the leagues, Ashton thinks that path has become more common as he looks at big clubs sending future England internationals on loan in the Championship. He believes that loanees earning experience, like Liverpool's Rhian Brewster and Chelsea's Conor Gallagher, are paving the way for an exciting generation of talent.

“When I came through, the top sides never had loanees in the Championship within the reserves to get in that way,” he said. “Now clubs see the Championship as so competitive and at such a good standard that it is a great place to send young players to get men’s football.

“Rhian Brewster and Conor Gallagher were perfect examples of that. It is the perfect place for these young players to help the Championship sides, be in the shop window and impress the managers at their parent clubs.

“I think that’s a big part of why so many young players who are coming through are exciting us. We have many in the big Premier League sides with more and more teams in Europe looking at our players, which is a sign we are doing something right.

“Part of that is the EFL are allowing it season-on-season to get points under pressure against men. Now, we are starting to see it with the England side.”

It has been a long road, but Jack Grealish finally made his debut for England against Denmark, having spent two seasons honing his talents and earning promotion back to the Premier League with his boyhood club Aston Villa.

Similarly to Grealish, Todd Cantwell has been tipped for a summer transfer, but former Norwich frontman Ashton thinks the England U21 star would be better served following Grealish's example.

“I think it is a good comparison with Grealish,” Ashton added. “He is a Norfolk lad, the Dereham Deco, as he is known. He has a huge affiliation with the club and he doesn’t want just to leave. I think it is right to stay and maybe become that star player that he can.

“It is difficult in the Premier League in a struggling side. If he is winning most weeks at Norwich, then he can really shine and build that confidence that both Grealish and James Maddison did in the Championship.”