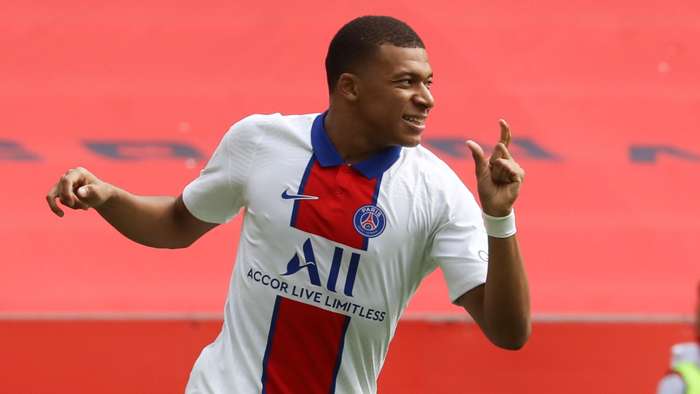 Mbappe has 'all the qualities' to be a Ballon D'Or winner, says Anelka

Paris Saint-Germain star Kylian Mbappe has the tools at his disposal to go on and win the Ballon d’Or, according to Nicolas Anelka.Despite his achievements, he was never able to... 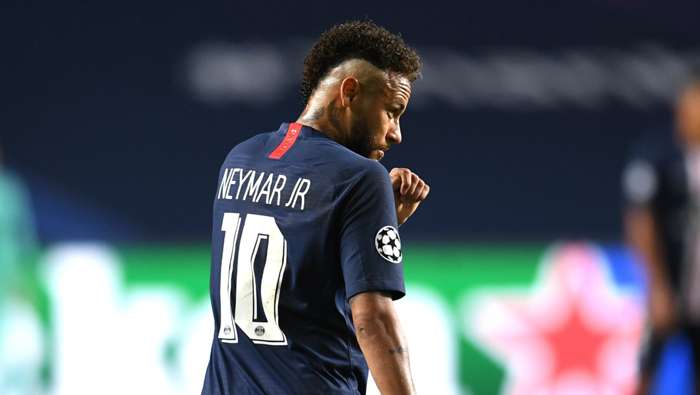 When English language movies are translated into French, their titles are often given a no-nonsense makeover.

One such example is 2009 comedy ‘The Hangover’, which became ‘Very Bad Trip’.

It was fitting that L’Equipe elected to use the latter as the headline of the paper the day after it was confirmed that three Paris Saint-Germain starshad tested positive for Covid-19after a trip to the Balearic island of Ibiza, where the virus is known to be circulating.

That news was followed by the announcement late on Thursday that three more PSG players had tested positive. The club has not officially named those involved, butGoal can confirm Neymar, Angel Di Maria and Leandro Paredes were the first to be tested positive, while Mauro Icardi, Keylor Navas and Marquinhos were in the latter group.

While it cannot be proven that the players contracted the virus on vacation,the evidence indicates that being the case, with the players having tested negative prior to the Champions League final.

Not even two weeks after theirheroics in Portugal, which saw the club grow in stature and had come within a whisker of lifting the title for the first time only to lose 1-0 to Bayern Munich, the credibility of the Ligue 1 champions has been left shot.

Over a weekend in which PSG should have been travelling north to face newly-promoted Lens in what promised to be a banana-skin fixture, instead many players chose to jet south, where a handful presumably contracted a virus that has caused nearly 900,000deaths worldwide and has caused untold economic harm to many institutions, including football clubs.

The circumstances of the postponement were embarrassing in themselves and only play to the ‘Farmers League’ narrative that PSG and Lyon had done so impressively to battle against in Lisbon, where both made the final four.

Before the two clubs travelled, it was agreed that the fixtures on the opening day of the season would be postponed should they reach the semi-final stage. It was expected, too, that this would not alter should either reach the final, which clashed with Matchday 1 in Le Championnat.

Up until the Tuesday before the clash with Lens, this held, yet in a last-minute U-turn, the League elected to give PSG the weekend off. Lyon, who had only played three days earlier, meanwhile, did not submit a request for a call off and handily beat Dijon, inspired by the in-form Memphis Depay.

While Lens said they didn’t want to play the 'ugly ducklings'by protesting the decision, the fanswere left frustrated; they felt they stood a chance against a team that returned from Portugal fatigued and bruised, but not to such an extent that it justified the postponement of a fixture.

“How do you explain to our fans that they will have to travel during the week to support their team because PSG, frustrated by their defeat, requested a postponement of the match?

“The supporters will no doubt explain to their employers that they will have to postpone their workday until September 11 to recover from the match. I’m not sure that will have the same effect!”

The ire of Robert would only have been increased when pictures began to emerge of the Parisians on holiday via social media. Di Maria and Navas were among those to post pictures of the players together, clearly not physically distancing.

Prior to the Champions League final, the new-found togetherness of the squad was praised, but this was plainly negligent.

Neymar was soon forced to return early to France on Monday, joined by team-mate Marquinhos, but it has been reported that others failed to do so when requested.

For PSG, the repercussions could be significant.

The infected will miss at least 14 days squad training after returning their positive tests, and although head coach Thomas Tuchel is eager not to restructure his plans, he faces being very shorthanded for the forthcoming fixtures with Lens next Thursday and Le Classique against Marseille the following Sunday.

And the tight constraints of the calendar could pose an additional concern.

“If a team has more than three players or supervisors isolated over eight rolling days, the virus is circulating in the club,” the league’s current Covid-19 protocol reads. That means that the medical committee can recommend the postponement of a fixture, such was the case of Marseille’s clash with Saint-Etienne on the opening day of the season.

This legislation will probably be rapidly updated to ensure PSG's fixture with Lens goes ahead as planned on September 10, with more than 10 positive tests in a 30-man squad set to be required in order for a postponement to even be considered.

The likelihood is that PSG's forthcoming matches will go ahead, butif they were forced to reschedule either one, it would play havoc with their plans given that they must somehow find space for it around a packed Champions League calendar.

And, of course, there are the long-term health concerns of the players involved.

“The Montpellier player Junior Sambia was in intensive care. Admittedly, that was in April at the start of the illness, but it doesn’t only happen to other people. In the vast majority of cases it goes well, but there may be a silent pathology. The one that is very scary is the cardiac pathology.

“The big concern is the repercussion of the disease. There are a lot of uncertainties. We do not know if there may be possible resurgences in the lungs or kidneys in particular. This is why the situation of the athletes raises questions. Because as soon as they find themselves at high intensity, they will increase their window of vulnerability.”

After such a strong conclusion to 2019-20, in just the couple of weeks that PSG had to prepare, suddenly 2020-21 is looking far more complicated.

Sergio Ramos is not losing sleep over a quiet transfer window for Real Madrid...
More