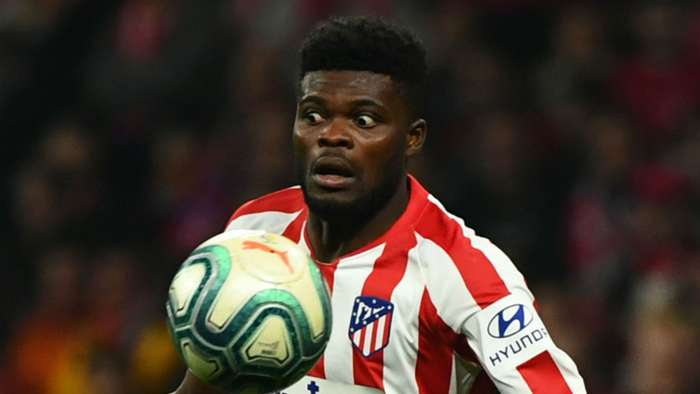 Arsenal should be looking to make Thomas Partey their new Patrick Vieira or Gilberto Silva, says Armand Traore, with the Gunners told they need “somebody a bit angry” to fill a holding midfield role.

The north London outfit have found plenty of quality to fill that position in the past.

World Cup winner Vieira starred across nine years in north London, with Gilberto slotting in alongside him and ensuring that an iconic Frenchman was not missed when he departed in 2005.

Arsenal have been crying out for another assured presence in the heart of their midfield since a classy Brazil international left for Panathinaikos in 2008.

Various options have been explored, but few have convinced and there remains a notable void to fill in the Gunners’ engine room.

Ghana international Partey could be the man that Mikel Arteta turns to, and Goal has learned that the combative 27-year-old is keen on securing a move to the Premier League club.

Traore feels Arsenal should be doing all they can to put a deal in place, with the Gunners needing to find a few quality additions to slot in alongside a talismanic club captain that they are hoping to see commit to a new contract.

"I would strengthen the central defence. I wouldn't mind a guy like Partey, sitting in front of the defence, somebody a bit angry.

"He reminds me a bit of Gilberto Silva or Vieira, somebody who can go out there and have a go.

"I think Arteta's doing a great job and I can only see them doing well in the future to be honest."

Arsenal have already acquired Willian and Gabriel Magalhaes in the current transfer window, while William Saliba is now in north London after completing a loan stint at Saint-Etienne.

Pablo Mari and Cedric Soares have also seen their respective loan deals turned into permanent contracts, with the option being explored of doing likewise with Real Madrid-owned midfielder Dani Ceballos.