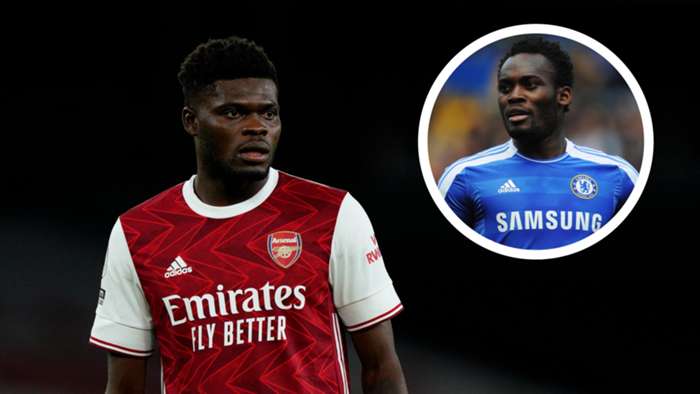 Arsenal new boy Thomas Partey has made a bright start to his time at Emirates Stadium, with the Ghana international revealing that he now wants to follow in the footsteps of his “idol” and become the next Michael Essien.

He made more than 250 appearances for the Blues, becoming a modern-day legend at Stamford Bridge along the way, and also earned 58 caps for his country.

Essien was also a talisman for Ghana and a key component for those he represented at club level.

Partey enjoys a similar standing at present. The 27-year-old'sstock has risen enough to earn him a £45 million ($59m) move from Atletico Madrid to Arsenal, with another midfield talent that mixes graft and guile looking to follow in the footsteps of hislegendary fellow countryman.

Partey told Arsenal’s official website of wanting to emulate Essien in England: “He'sa fantastic midfielder. He fights for every ball, he's a great legend. For me, he's one of the best midfielders that we've ever had in Africa.

“I grew up watching Michael Essien, Sulley Muntari, the Ayew brothers - they are the people I look up to and they made a lot of impact on Ghanaians. I think this is my moment and I have to make sure I take it.”

Partey is now inspiring the next generation of talent in Ghana, although he remains a humble hero.

“Now most of the young guys are looking up to me and I think I have to do my best to make sure I get them to support this great family at Arsenal,” he added.“When they support me, they're going to feel good when they see us play.”