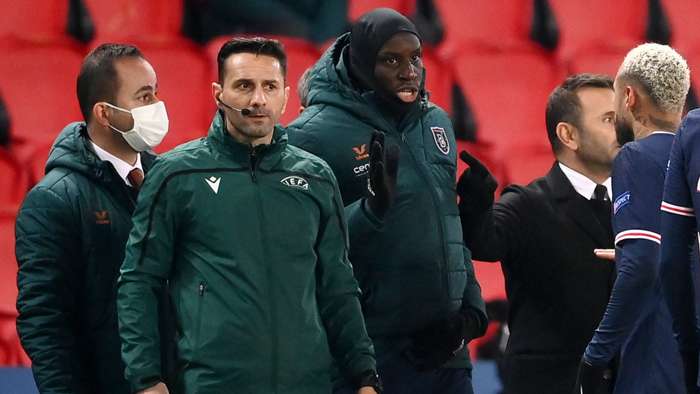 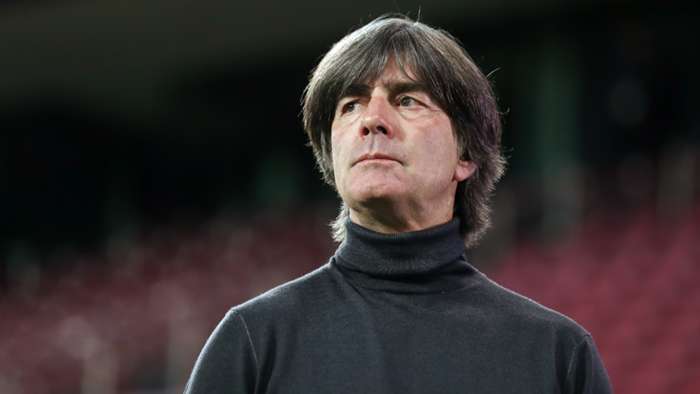 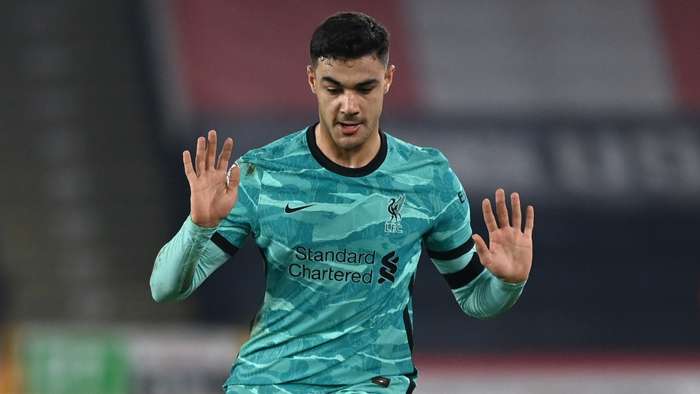 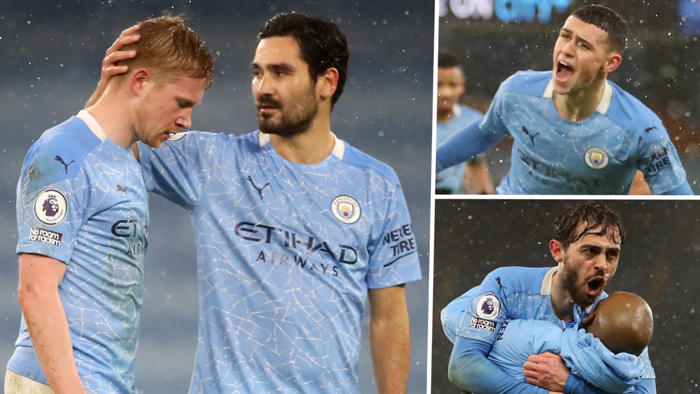 Manchester City briefly returned to the top of the table for the first time in more than 18 months on Wednesday evening, but will hope they did not suffer a painful blow to their title hopes in their hard-earned 2-0 victory over Aston Villa.

The Belgian pulled up sharply after a challenge from Jack Grealish in the 60th minute and it’s feared he may have suffered a muscle strain.

“I haven’t spoken to the doctor,” the City boss said in his post-match press conference. “Kevin put his hand on his leg, so I have the feeling it will be something muscular.

“It is normal, these things happen with this amount of games.”

City travel to League Two Cheltenham on Saturday and De Bruyne would probably have been rested for the FA Cup fourth-round tie anyway. However, in a packed title race, Guardiola will be praying that his playmaker will be fit to return to Premier League action the following week.

De Bruyne remains the Catalan's creator-in-chief and, with well-manned defences trying to stop an in-form City, he remains the player most likely to force a breakthrough with the kind of incisive pass that no other player in England is capable of producing.

In a season when City’s goal count is down considerably – 19 fewer than the 50 Premier League goals they had at the same stage last year – De Bruyne is on target to beat his own assists record. He already has 10 after 18 City games, as he tries to beat the record of 20 he shares with Thierry Henry.

Still, Guardiola is in the fortunate position of not having to rush De Bruyne back into action. He is undoubtedly in a position to give De Bruyne some much-needed rest, as City’s next three Premier League games are against relegation-battlers West Brom, Sheffield United and Burnley.

That soft run of fixtures is followed by the huge clash with Liverpool on February 7 and Guardiola may decide to wrap De Bruyne in cotton wool ahead of the trip to Anfield, where City have won once in 40 years.

Certainly, his side are starting to look like they can cope without the 29-year-old, thanks to the return to form of several key players.

Bernardo Silva scored the controversial opener against Villa and the Portuguese midfielder is rediscovering the quality that made him Guardiola's pick for the 2018-19 Player of the Year.

“He is one of most intelligent players I’ve seen,” the former Barcelona boss enthused. “He can do everything and has the quality to score goals too.

“He has to be more important in the final third if he wants to be a top player, so I’m happy for him. His performance was really good for him and really good for us. And it was a fantastic goal.”

Gundogan, meanwhile, has added a goal threat to his game now that he is being deployed further forward. His latest strike may have come from the penalty spot but the German has now scored five times in his last eight appearances.

Academy product Phil Foden has also stepped up to the mark of late by adding another attacking dimension to City's play on a regular basis.

Against Villa, the England international created six chances and had five shots – even beating Lionel Messi to become the youngest player in Guardiola's managerial career to have more than 10 shot involvements in a league game.

Dean Smith’s side threatened to frustrate City and the visitors deserve immense credit for what was a mightily impressive performance, especially as it arrived just three days after their players had returned to training following a significant Covid-19 outbreak at the club.

But City still had 28 shots, including nine on target, and managed to get the job done with De Bruyne off the pitch.

They have got by without him before, of course. De Bruyne missed half of their last title-winning season through injury.