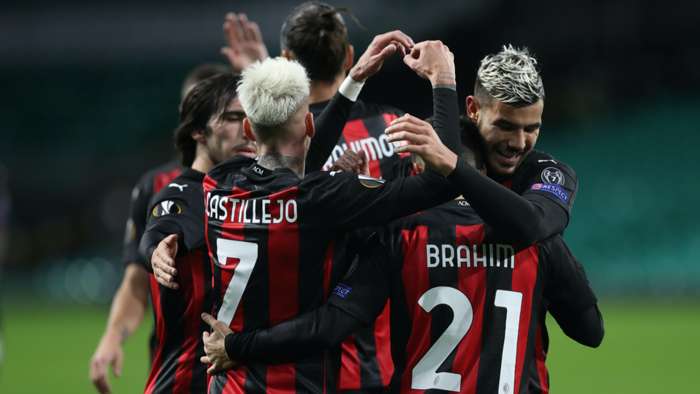 Milan's red-hot form continued as they equalled a 56-year-old club record by beating Celtic in their Europa League group stage opener.The Hoops made a strong start to the match ...

The Premier League is lagging behind Germany during the coronavirus crisis, according to Chelsea star Timo Werner, who says social distancing rules are "stricter" in England.

The Bavarian outfit had hoped to welcome supporters back into their stadium for the clash, with clubs from some states granted permission to house a reduced number offans over the weekend, but Munich's mayorended up blocking the proposal.

The coronavirus outbreak signalled a temporary end to capacity crowds across Europe in March, as all major leagues shut down just past the mid-way point of the 2019-20 campaign.

The Bundesliga were the first to resume in May, and managed to complete their domestic schedule behind closed doors by the beginning of July, while Bayern benefitted from an extra month's rest during their run to Champions League glory the following month.

The Premier League rescheduling has not run quite as smoothly, but the new season was cleared to get underway last weekend, withtraditional3pm kick-off times on Saturdaysscrapped for the time being and no firmdate for the return of supporters set as of yet.

Werner says protocols in Germany were far more relaxed during his time at Leipzig, and that English football is further away from a return to normality than their European rivals.

The Chelsea forward told Bild when quizzed on the current state of affairs in the Premier League: "In our 3-1 away win in Brighton, we actually all three (Antonio Rudiger, Kai Havertz, Werner) sat next to each other, I chose the golden seat.

"So far at Chelsea, we haven't been allowed into our dressing room.

"England and the Premier League are certainly a bit behind when it comes to returning to normal compared to Germany. So it's a little stricter here."

Werner also discussed how the presence of a strong German contingent at Stamford Bridge has allowed him to settle in quickly following his move to west London from Leipzig in June.

"With Toni Rudiger, Kai Havertz and me we're already three German players. In addition, there are two other professionals who speak German, Christian Pulisic from Dortmund and Mateo Kovacic, a native of Austria. That makes it easier to integrate into the team," he said.

"When Toni, Kai and I walk around Cobham, the other players say jokingly: Here comes the German Mafia."

The 24-year-old went on to reveal that he spoke to Germany head coach Joachim Low at length about the merits of joining Chelsea before making a final decision on his future earlier this summer, amid interest from ahost of top clubs.

"Low contacted me during the lockdown to find out about my general situation. Of course, you also talk about the future," Werner added.

"I shared my thoughts on the potential clubs with him and told him I gravitate towards Chelsea. His opinion largely coincided with mine. The national coach finds the project that Chelsea is currently building very interesting and advised me to take this step.