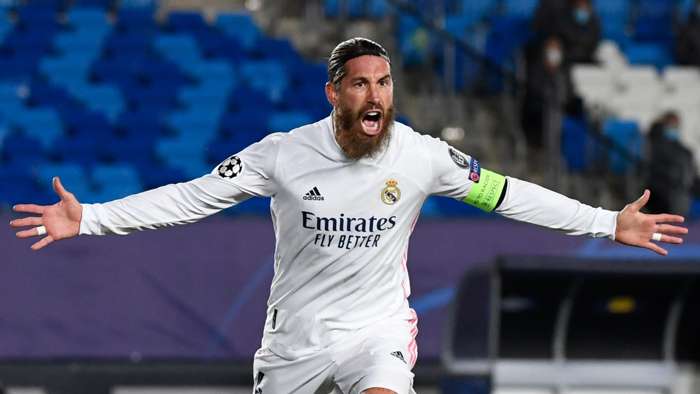 Real Madrid should do all they can to keep Sergio Ramos at the club, according to their former midfielder Hamit Altintop.

The 35-year-old Ramos is out of contract at the end of this seasonand, as yet, there has been no sign of an extension being agreed with the Liga champions.

Ramos has spent almost 16 years at Santiago Bernabeu, making close to 700 appearances for Los Blancos, but has been linked with the likes of Manchester United and Paris Saint-Germain given he is set to become a free agent this summer.

He is currently sidelined with a calf injury picked up on international duty with Spain, and will sit out Saturday’s Clasico against Barcelona, as well as the second leg of Real’s Champions League quarter-final away to Liverpool on Wednesday.

Speaking exclusively to Goal, Altintop, who spent the 2011-12 campaign with Real after joining from Bayern Munich, said: “Sergio Ramos is amazing. He’s amazing. On and off the pitch.

“He knows the rules. He knows what’s needed to get results, to win the biggest trophies. His experience is incredible. Not many players spend 15 or 16 years at Real Madrid.

“I have a lot of respect for him, and he deserves everything; all trophies, all contracts, all interest! Real would miss him badly if he left.”

Ramos’ importance to Zinedine Zidane’s side remains, despite his advancing years.

He is the club captain, and has made 20 appearances in all competitions this season, scoring four times.

But having won four Champions League trophies in five seasons between 2013 and 2018, the Spanish giants have had to begin constructing a new, young team.

Cristiano Ronaldo left in 2018, Gareth Bale was loaned to Tottenham last summer, while the likes of Ramos, Marcelo, Luka Modric, Toni Kroos and Karim Benzema are all well into their 30s.

The future, it seems, will revolve around the likes of Vinicius Junior, Rodrygo and Marco Asensio.

“It is really hard,” said Altintop. “These names are not only good players, they are leaders, characters. If you look for this kind of player on the market, it is almost impossible to find, and if you do find them, then they are really expensive!

“These names – Ramos, Benzema, Modric, Kroos, Marcelo, [Iker] Casillas, Ronaldo – they are the team. They can make the difference on the pitch and off it too.

"They can give the right messages through the media, they can help build the team, they can reassure the board members and the people at the top of the club.

“But on the other side, this is a new opportunity for Real Madrid to take a bit of pressure off and build a new team, with new, young players, over the next one or two years.

"They have spent a lot of money on new players, they have developed and educated them, and now you have to push these guys.

“All great players come to an end. When that happens, you have to focus on the future, on the new generation. That goes for all teams.”