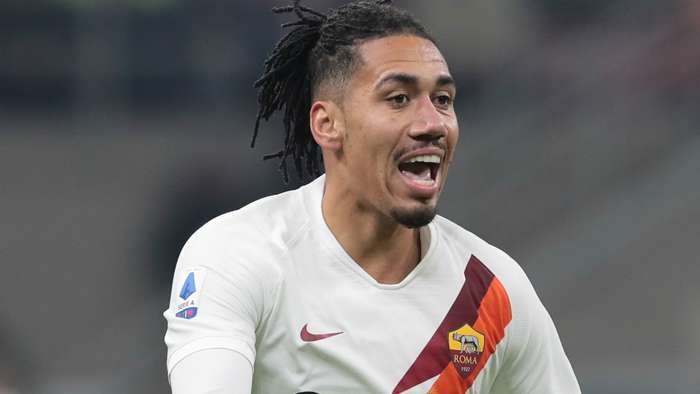 Roma have re-opened transfer talks with Manchester United overChris Smalling, Goal has learned, with a €12 million (£11m/$14m) offer on the table.

The England international defender spent the 2019-20 campaign on loan at Stadio Olimpico.

Having slipped down the pecking order at Old Trafford, the 30-year-old centre-half was allowed to take ona new challenge in Italy.Smalling flourished in Serie A, with his experience proving to be a useful asset at ambitious Roma.

He was forced to return to Manchester when theinitial agreement ended, with United preventing a player they still own from completing Roma's protracted Europa League campaign.

Ole Gunnar Solskjaer has kept a door open for Smalling to come back into his plans.

The Red Devils boss has said: “I think Chris has shown over his career how valuable he is for Man United.

"This season was about him being a regular, going to Roma, showing and proving how good a centre-back he is. I wanted to give Harry (Maguire), Vic Victor Lindelof, maybe Axel (Tuanzebe) a chance, so we found out that was the best for him to go to Roma, play for a year.

“Now he’s coming back and Chris has shown this season that he will be valuable. I’ve been speaking to Chris throughout and been delighted with his season.”

Smalling, though, was disappointedat having to sever ties with Roma.

He posted on social media: “I’m gutted that I can’t finish what we started this season. To experience the love shown to me in such a short time was extra special and it will not be forgotten.

“I want to thank and wish all the players and staff the best of luck against Sevilla. DAJE ROMA!”

That has kept the door open for the Giallorossi to explore putting a permanent deal in place.Those efforts have been stepped up, with a formal offer made to United.