'Ronaldo is definitely faster than me!' – Portugal striker hailed as a 'super athlete' by Usain Bolt
Match

'Ronaldo is definitely faster than me!' – Portugal striker hailed as a 'super athlete' by Usain Bolt 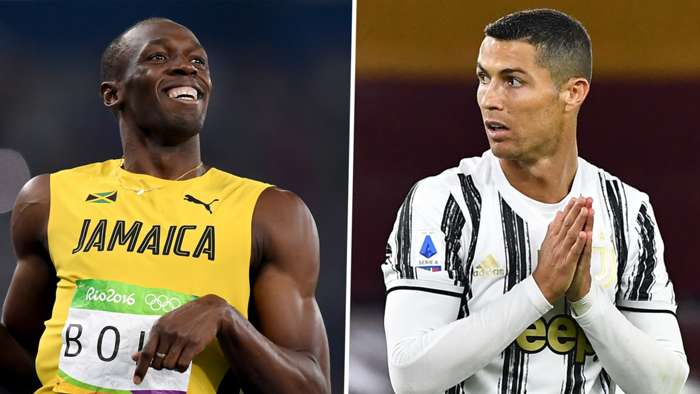 Usain Bolt believes Cristiano Ronaldo is "definitely" quicker than him, and has hailed the Juventus and Portugal superstar as a "super athlete".

But Bolt feels five-time Ballon d'Or winner and footballer Ronaldo is now faster, given the fact he is still delivering the goods week in, week out at the very highest level.

"For sure Cristiano is faster than me," Manchester United fan Bolt, who also tried to forge a career in football post-athletics following trials with the likes of Borussia Dortmund and A-League side Central Coast Mariners, told Marca Sport Weekend .

"For me he works out every day, he is a super athlete.

"He always on top of his game, he works hard and he is focussed. Right now I definitely think he would be faster than me."

Ronaldo has scored six goals in four Serie A appearances for Juventus this season, while the 35-year-old netted in Portugal's 7-0 friendly rout of Andorra on Wednesday .

After bursting onto the scene at Sporting CP, Ronaldo spent six years at United, where he won three Premier League titles and the Champions League among other honours.

Ronaldo left United for Real Madrid for a then-world record fee in 2009, having scored 118 goals for the Red Devils across all competitions.

In the Spanish capital, Ronaldo became Madrid's all-time leading goalscorer with 450 – 311 of those coming in La Liga.

In Turin, Ronaldo already has 71 goals and two Serie A trophies to his name, but speculation that he could depart for Paris Saint-Germain or United next year has been swirling in recent weeks.