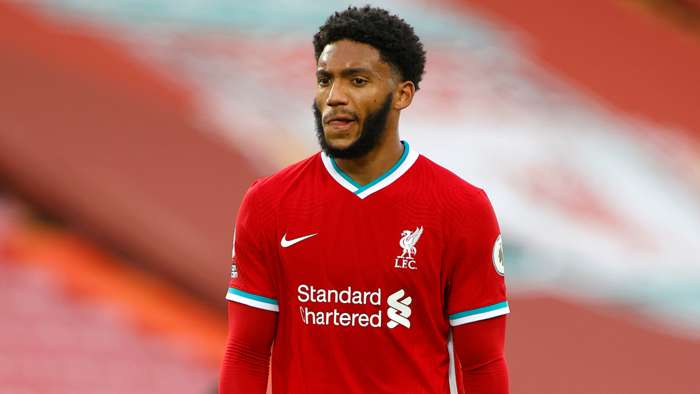 Gareth Southgate has revealed that he had a "long chat" with Jurgen Klopp after Liverpool and England were dealt an injury blow with Joe Gomez.

Gomez was forced to withdraw from the England squad after going down witha serious knee issue in training on Wednesday.

The 23-year-old has since undergone successful surgery on the injury, but now looks set to sit out a large portion of the 2020-21 campaign as he begins his recovery.

Gomez will join Virgil van Dijk in the Reds'treatment room, with the Netherlands international currently working his way back from a cruciate ligament problem, leaving only Joel Matip and Nathaniel Phillips available as natural centre-back options forKlopp.

Southgate also had to shuffle his pack ahead of a friendly clash with the Republic of Ireland after losing the Liverpool star, whowill also miss the upcoming NationsLeague doubleheaderagainst Belgium and Iceland.

The Three Lions head coach says he has been in contact with Klopp over the importance of reducing the risk of any further injuries in the squad, with clubs across the Premier League currently struggling to deal with the demands of a fixture list which has been adversely affected by the coronavirus crisis.

"I had a long chat with Jurgen last night, we're all worried about player welfare. To lose a player in the way that we did yesterday for us and Liverpool, but most importantly for the boy, was really tragic," Southgate told ITV Sport.

"There needs to be a look at the calendar. We're fortunate we've got the six subs against the Republic of Irelandand five in the Nations League, we've got to try and lessen the load as much as we can for the players."

Asked whetherhe and Klopp were in agreement on how best to protect the players in the current climate, Southgate responded:"Unfortunately the injury was so unique in how it happened that we know it was just a consequence of the number of games.