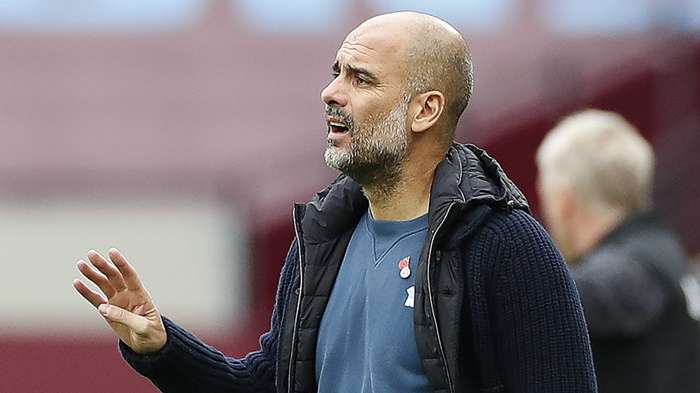 Manchester City manager Pep Guardiola has suggested that Ruben Dias and Aymeric Laporte will be his go-to centre-back pairing for the foreseeable future.

Long criticised because of their defensive weaknesses, particularly at centre-back following the departure of Vincent Kompany, City added Dias to their ranks from Benfica this summer in order to increase both their quality and depth after a campaign in which they had to make do with onlytwo natural central defenders.

Guardiola seems to believe the Portugal star is the answer to his problems in that sector, where his partnership with Laporte has shown cause for optimism in recent weeks.

“They both played really well as well,” Guardiola told BT Sportfollowing City's victory against Sheffield United. “These guys give us consistency. We struggled a lot last season without two central defenders.

"Of course, we will need everyone because of the amount of games. It's impossible to play both every game."

Dias has played six games arriving at the Etihad Stadium, in which the Citizens have conceded just three goals.

Meanwhile, Guardiola praised the contribution of Kyle Walker in Saturday’s 1-0 win over the Blades.

“Not just for the goal. The goal helped us a lot but his concentration, he understands what to do defensively. His physicality.

“He's played almost all the minutes. I'm so happy he scored against a team he loves a lot.

"He loves this club but the goal was so important for us."

Saturday’s victory means that City have moved to 11 points in the opening six Premier League matches of the season, rendering them five points back of defending champions Liverpool, who lead the way before Sunday’s fixtures.

Guardiola’s side, who have the joint second strongest defence in the league so far this term, having conceded eight goals, have a game in hand over the Reds, however.