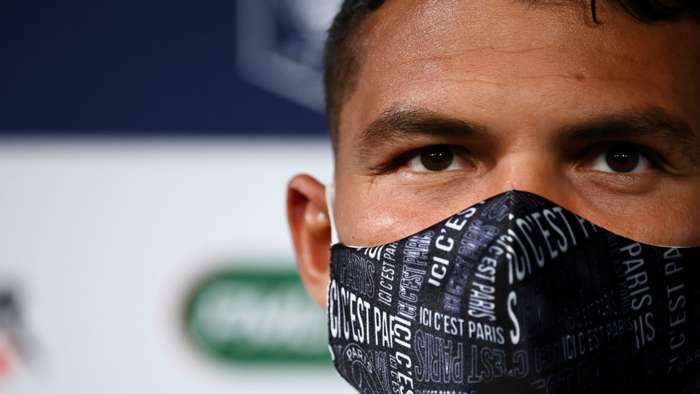 Chelsea look like being an adventurous outfit again in 2020-21, with Craig Burley claimingthat “Thiago Silva is going to need an oxygen mask” after joining a side loaded with attacking talent.

The Blues favoured an attacking approach during Frank Lampard’s first campaign at the helm.

As a goal-scoring midfielder in his playing days, the Stamford Bridge legend is eager to see his team on the front foot.

That came at the cost of defensive solidity at times in 2019-20, with concerning leaks sprung at the back.

An elaborate summer spending spree has done little to address those issues, with new left-back Ben Chilwell a player that likes to get forward.

Further up the field, Timo Werner, Hakim Ziyech and Kai Havertz have all been acquired to pose added threat in the final third.

Brazil international Silva, whose vast experience looks like being put to good use, could have plenty to do during his debut season in England, with the former Paris Saint-Germain star being asked to provide a sense of calm amid the chaos.

“Thiago Silva is going to need an oxygen mask because there is only N’Golo Kante in there who has got any defensive qualities,” Burley told ESPN FC when drawing up a potential Blues XI.

“That’s going to be the difficulty for Lampard, striking the balance.

“Mason Mount, who really flourished in his first season in the Premier League, is an attacking player, Kai Havertz played a lot of the season at Leverkusen as a striker, and then you add the front three Werner, Ziyech and Christian Pulisic in and it’s ‘over to you N’Golo Kante’ because nobody else is going to be defending!

“Striking a balance with Mateo Kovacic or somebody else in there is going to be key.

“Chelsea had one of their worst seasons defensively last year, they lost a heck of a lot of goals, so Lampard knows that he needs to make sure he solidifies his back line, which was a big problem for them.

“Chelsea are going to be great to watch, you just don’t know which way!”