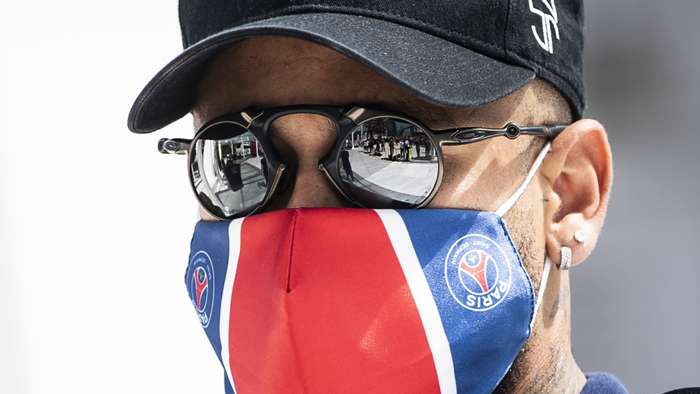 Two Paris Saint-Germain players are suspected of having contracted Covid-19, the club has said.

There have been several cases of players testing positive for Covid-19 in France in recent weeks, with Lyon starHoussem Aouar missing his team's first game of the campaign after being diagnosed while Rennes announced three confirmed cases last week.

The French national team was also hit with the news that Manchester United starPaul Pogba had tested positive, forcing the midfielder to pull out of the squad ahead of the upcoming UEFA Nations League games against Sweden and Croatia.

PSG have not kicked off their 2020-21 campaign yet due to their involvement in the Champions League final, which they lost 1-0 to Bayern Munich on August 23.

The Ligue 1 champions will return to action on September 10 when they travel to face Lens, who are yet to collect a point after the first two rounds of the new campaign.

Nice have taken an early lead at the top of the table with six points having beaten Lens and Strasbourg, while Bordeaux, Rennes, Monaco, Nantes and Lille linger two points behind.

After winning the domestic treble last term, PSG have been quiet in the transfer market, with Mauro Icardi the only confirmed signing after his loan from Inter was made a permanent deal.

They have, however, seen several players depart over the summer as Belgian full-back Thomas Meunier left to join Borussia Dortmund on a free transfer and Thiago Silva joined Chelsea after his contract expired.

Meanwhile, strikers Edinson Cavani and Eric Choupo-Moting were released and are yet to sign for new clubs.