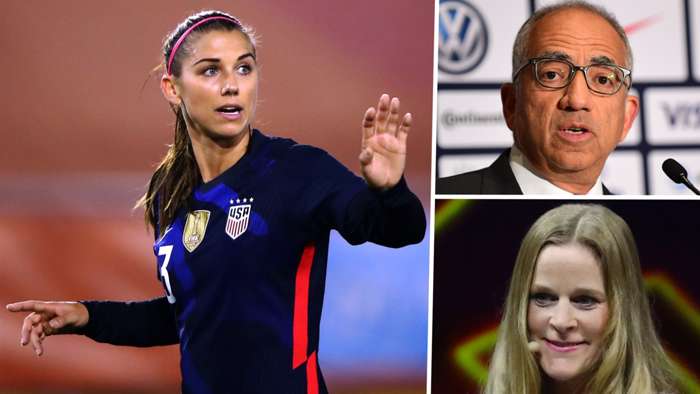 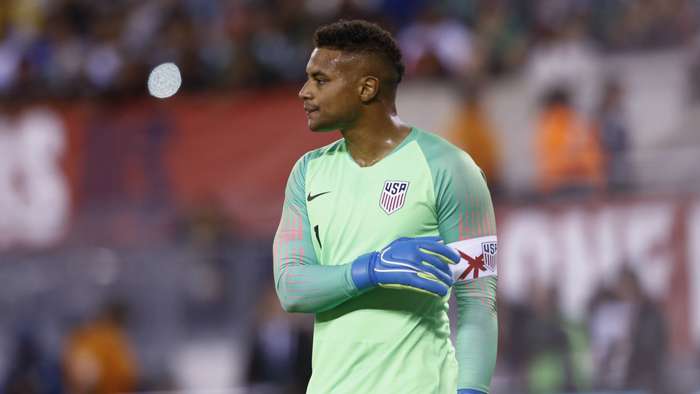 United States international goalkeeper Zack Steffen claims to be “very happy” at Manchester City despite seeing just two appearances for the Blues as back-up to Ederson.

He suffered relegation out of the Bundesliga during his time in Germany, but picked up important game time on a European stage and cemented a standing as No.1 for his country.

That place has been retained in Gregg Berhalter’s plans, but Steffen has taken in only two Carabao Cup outings in the 2020-21 campaign.

He has no complaints at his current situation, telling the Associated Press: “I’m really happy with where I´m at right now.

“I want to be on the field, but I’ll keep working hard and keep pushing those guys in front of me and they´ll keep pushing me.”

Steffen, who suffered a serious knee injury during his time in Dusseldorf, added on the progress he believes has been made over the course of 2020: “I feel like coming from Germany, being out so long right now, City is giving me a lot of confidence to go back out on the field.

“And each day the keeper coach, the keepers, the players are pushing me to get better, and I feel like I’m in that process, and I’m feeling good and feeling better each and every day, each and every week.

“And just being around those high level players just has made me better, has made me a more confident player as well.

“I feel like I’ve already grown on the field with City. Their goalkeepercoach is really detailed and is very eager to make me a better goalkeeper.

“Right now I’m trusting the process. I’m getting these games in with the CarabaoCup and I'm just trying to learn from the guys in training, from my staff, and then hopefully coming into these camps and getting games here. And, yeah, the rest will work itself out as long as I work hard.”

Berhalter appears set to keep faith with a man who is following in the footsteps of a long line of legendary American keepers to have plied their trade in the Premier League, with the USMNT coach aware that Steffen faces fierce competition for places at City.

He said: “Ideally, all the players play regularly. And that includes goalkeepers.

“I think Zack, in this particular situation, has a great opportunity to play at one of the best clubs in the world and he´s behind one of the top three goalkeepersin the world.

“I think in that environment every day is helpful. It´s helpful to a certain point.”