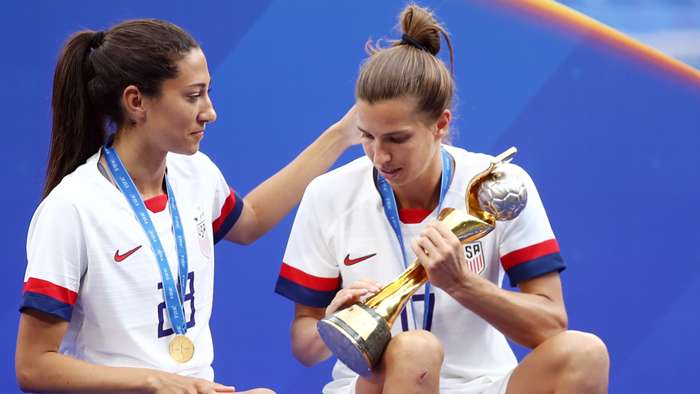 Press and Heath are both currently signed with Manchester United in the Women's Super League through the end of the 2020-21 season.

With the Olympics currently set to take place in July next year and the WSL season ending in May, Press and Heath would be set to miss a large portion of the 2021 NWSL season should they make the USWNT roster for Tokyo.

The NWSL trade window opens on Friday as well, meaning Press and Heath could be moved to another club before they ever take the field forRacing Louisville.

Press joins from theUtah Royals, where she played25 matches over two and a half seasons,scoring 10 goals and tallying four assists.

In a club statement, Royals general manager Stephanie Lee admitted the uncertainty around Press' future meant the club was more willing to leave her unprotected for the expansion draft.

“We are appreciative of the contributions made by Press and wish her luck in this next chapter,”Lee said. “The decision to leave Press unprotected allowed us to focus on players we were certain would and could show up to contribute in the 2021 season, and provides us some flexibility with allocation money during our current transition.”

Due to Press’ status as a USWNT allocated player, Utahreceived $75,000 in allocation money after she was selected by Louisville.

Heath, meanwhile, had been with the Thorns for seven years and helped the team win two championships.

“Tobin has been with our club since we started in 2013 and has given so much to the Portland Thorns, playing a massive role in winning two NWSLchampionships and an NWSL Shield,” the team’s owner, Merritt Paulson said in a club statement.