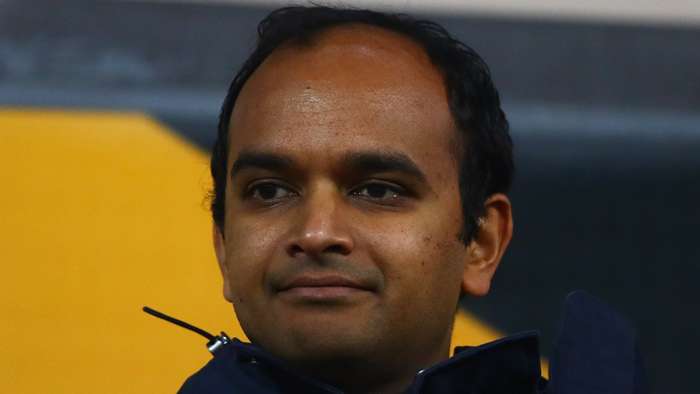 Vinai Venkatehsam says he has been given ‘sleepless nights’ by the decision to propose 55 redundancies at Arsenal - but has defended the club for continuing to invest in new signings while employees losetheir jobs.

The club announced the redundancyproposals last month, citing ‘significant and long-lasting reductions in revenue’ due to the coronavirus pandemic and have been working through the process ever since - with many employees finding out whether they would be impacted this week.

Arsenal’s decision has generated lots of criticism, especially as the club has continued to be active in the transfer market, signing Willian, Gabriel Magalhaes and Dani Ceballos, as well as engaging in contract talks with striker Pierre-Emerick Aubameyang, whose new £250,000 a week deal is expected to be announced imminently.

Despite that criticism, Venkatesham - who has been at the club for over a decade and has now been promoted to chief executive as part of a wider restructuring - remains convinced the decision to cut costs was the right one for the club’s long-term security, but he admits that has not made the consequences any easier to take.

“It’s tough,” said the 39-year-old. “I’ve been at this club for ten years and this is not a big organisation, we don’t have hundreds of thousands of employees all around the world.

“We’ve got hundreds of employees all based within 30 miles of each other. I know the people, I know their families, I know people very closely. So, to make a decision that we had to propose redundancies was really, really tough and we did that for the right reasons.

“We look ahead and we see a really, really different economy post-coronavirus and, actually, since we made the decision you have seen a few other things happen.

“You’ve seen the Government announcement yesterday which we hope won’t change the October 1 to get fans back in the stadium, but it’s possible that it will. And you’ve seen the news from the Premier League around the China TV deal being terminated.

Venkatesham added: “I would be lying if I said there had not been sleepless nights and this week is a week where lots of people have been finding out about how it all lands so this has been a really, really tough week at the football club. Tough for me but much more tough for the people directly impacted.

“I understand the position of redundancies and then investing. I think the jobs and positioning exists because it’s all people and in other organisations it’s all about machines. But when we invest as a football, it’s predominantly with players.”

With so many set to lose their job at Arsenal, focus has once against shifted towards Mesut Ozil - the club’s highest-earning player.

The German, who opted against taking a pay cut like the majority of his team-mates at the start of the pandemic, earns £350,000 ($449,000) a week and hasn’t played a minute of senior football since March.

Venkatesham admits that in such challenging times, managing the wage bill is vitally important, but says moving players on is far from easy in such a challenging market.

“Of course there is an overall responsibility to manage our player wage bill as best that we can,” he said. “If there are players who are going to get limited minutes in the season ahead, the right thing for them and right thing for us is to try and find a solution.

“But we are not the only person responsible for the solution. We need to find a home for these players and this is a tough market because of coronavirus. It is not the normal active liquid market. There is less going on.”

Venkatesham first arrived at Arsenal in 2010 when he was appointed as head of global partnerships and progressed through the club before being named managing director in September 2018.

The departure of former head of football Raul Sanllehi and the restructuring that has followed means that as chief executive he now leads one of the largest football clubs in the world, albeit one that has seen its standards on the field slip in recent years.

But with Mikel Arteta now in charge, there are genuine signs that fortunes could be shifting in north London, with the FA Cup success at Wembley last month ensuring the Gunners will be competing in the Europa League once again during the coming campaign, despite their eighth-placed finish in the Premier League.

Arteta’s work since arriving in December has seen him handed the title of first-team manager, rather than head coach, and Venkatesham believes that the Spaniard is the man who can soon help Arsenal achieve their aim of bringing Champions League football back to the Emirates for the first time since 2017.

“We need to get Arsenal back as a Champions League club,” he said. “That’s where this club belongs.

“I would say we can afford to miss out, but if we want to achieve what we need to achievethen we need to get back to being a Champions League club.

"Yes, it is important economically. But it is also what the fans want. They want us playing on a Tuesday and Wednesday nightrather than on a Thursday. I am not trying to be negative about the Europa League. It is an important competition and you know how seriously we take that competition, but we want to be back in the Champions League.

“But it can’t be the final destination because obviously we want to get back in the mix competing for the Premier League after we have got back in the Champions League. I’m not for a moment saying it is going to be easy, but it has to be the ambition if you’re Arsenal Football Club.”

Venkatesham added: “Mikel joined as head coach and, I think as you all know, he hasn’t been a head coach from the very first day he walked in the door. He has been doing much more than that.

“So we are going to change his job to first-team manager and that is really a recognition of what he has been doing from the day he walked in the door and also the capabilities that we believe Mikel has.