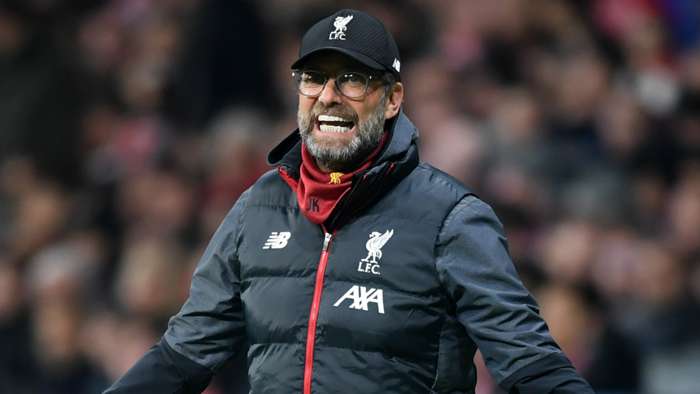 Liverpool stormed to their first league title in three decades last season, finishing 18 points clear of Manchester City after being crowned champions with a record-breaking seven games left to spare.

After failing to win a single piece of silverware during his first three seasons at Anfield, Klopp has managed to deliverfour trophies in the space of two years, including the Champions League and FIFA Club World Cup.

The Reds have invested heavily in the likes ofSadio Mane, Mohamed Salah, Virgil van Dijk and Allison along the way, but have been able to balance the books consistently through player sales and a staggered, thoughtful approach to recruitment.

Aside from the addition of Kostas Tsimikas, who moved to Merseysidefrom Olympiacos for £11million ($14m) last month, Liverpoolhavebeen quiet in the current transfer window, while their Premier League rivals have strengthened significantly to try and bridge the gap at the top of the league.

Chelsea have turned the most heads with the way they've conducted their business, bringing in six new players in total, but Klopp is adamant that the Reds do not need to change their approach in order to maintain their recent success.

The German head coach told BBC Radio Five Live: "Clubs are in different situations and we are living in uncertainty in the world. For some clubs, it seems to be less important how uncertain the future is because they are owned by countries, owned by oligarchs and that is the truth. We are a different kind of club.

"We reached the Champions League final two years ago, won it the following year and won the Premier League by being the club we are, we cannot change that overnight and say 'now we want to behave like Chelsea'.

"We always want to improve the squad but there are different ways- one way is to sign new players and the other way is to work together, improve the things you were good in and try to nullify the things you are not good in. That is football. No one wants to talk about training and only about signings."

Asked if there will be any further new arrivals at Anfield this summer, Klopp responded: "I have been at Liverpool for nearly five years and if something is going to happen it will happen. There are so many rumours in the newspapers and it is funny when we read our name.

"We were quite good with this in the past by staying calm and we made the right decisions, whether that be keeping the same group or bringing someone in for a specific position."

Liverpool will kick off their latest campaign at home to newly-promoted Leeds United on Saturday, and Klopp is confident that his side will be ready to pick up from where they left off in 2019-20 despite the quick turnaround between seasons.

"It was a short summer and pre-season is important and so far it has been all good. A few players are still on international duty, so hopefully they come back healthy. The games are coming thick and fast and we have to be ready for them," he added.

"There is not too much change and people say 'everybody wants to beat us now because we are champions' but I did not see a team last year who did not want to beat us with all they had.

"We won the Champions League the year before so everybody wanted to beat us then. It is about us and to prove that we have to be ready for a fight in each game.

"We have a tough start against Leeds United, who have waited 16 years to get back into the top-flight. They have a world-class manager and it is a historical game so it will be very, very tough.