'We were not at war with Messi!' - La Liga president Tebas 'happy' to see Barca superstar stay put
Match

'We were not at war with Messi!' - La Liga president Tebas 'happy' to see Barca superstar stay put 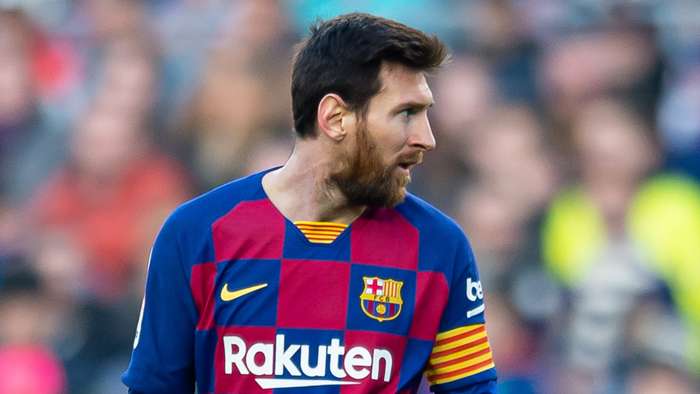 La Liga president Javier Tebas has insisted that the organisation were not at "war" with Lionel Messi, and that he is happyto see the Barcelona superstar stay put.

Messi's future at Camp Nou has been the subject of much speculation since his decision to hand in a formal transfer request on August 25.

The 33-year-old sought to trigger the release clause in his contract which allows him to leave the club at the end of any season, having endured a turbulent 2019-20 campaign which ended in abject failure for the Blaugrana.

La Liga publicly insisted that Messi's existing deal remains valid, meaning he could only depart if his original€700 million (£624m/$823m) buy-out clausewas met, with the release clause in question having technically expired back in June despite the break in the season caused by the coronavirus outbreak.

In the end, the six-time Ballon d'Or winner was forced to perform a sensational U-turn, ashe revealed in a world exclusive interview with Goal that he does not wish to be drawn into a legal dispute with the club.

"Now I am going to continue in the club because the president told me that the only way to leave was to pay the €700 millionclause, and that this is impossible," he said.

Tebas has now come out to defend La Liga's stance on Messi's contract situation, telling Corriere Della Sera:“Mine was not a war against Messi.I would have done the same if it had been Pepito Perez or any other player in our league.

"As a league wehave a duty to defend legality, justice: contracts must be respected.Always.Whether your name is Messi or Pepito Perez.

"Personally,I think there has been no battle with Messi and his entourage.I have a special esteem for Leo, I love him, he is the history of our football in the last 20 years.How could I have gone to war with him?

"I repeat: my intervention was aimed only at respecting the contracts.It is clear that with being Leo involved, the story assumed enormous media dimensions."

The La Liga chief added:“Although Messi's lawyers said otherwise, the contract was clear.One part was decontextualised, this led them to error.

"In the end, I'm happy with Messi's decision to avoid legal conflicts.He will continue to play on the team of his life.I hope that relations will return to normal."

Messi could still end up leaving Barca in 2021, when his current deal expires, and he will be able to negotiate a pre-contract agreement with any potential suitors from January onwards.

Arkadiusz Milik is edging closer to a January exit from Napoli, Goal can reve...
More