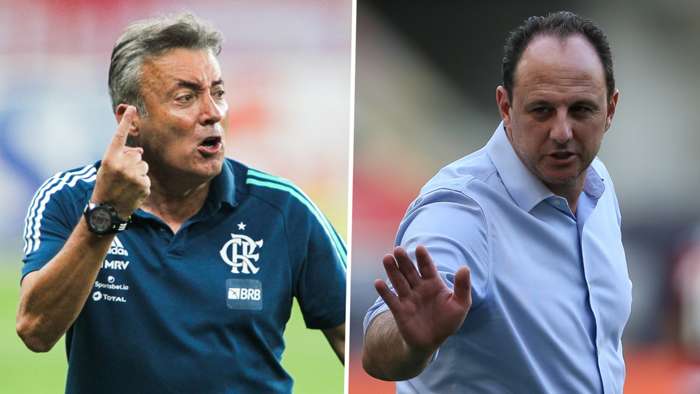 During his long, illustrious career in the Sao Paulo net, Rogerio Ceni gained a reputation not just for preventing goals, but scoring them too.

On Tuesday, the Rio de Janeiro giants, reigning Serie A and Copa Libertadores champions, announced that the 47-year-old Ceni would be taking over with immediate effect.

He replaces Domenec Torrent, Pep Guardiola's former assistant at Bayern Munich and Manchester City. It was no surprise to see the Spaniard receive his marching orders after just three underwhelming months in charge.

Flamengo are one of the world's most demanding teams and while Torrent secured qualification to the Libertadores last 16 and has kept his side in the Brasileirao's top three, the fall-off in results compared to his beloved predecessor Jorge Jesus was just too much to bear.

Ultimately, September's 5-0 humiliation in Quito at the hands of Independiente del Valle, and consecutive four-goal drubbings on the past two weekends – 4-1 at home to Sao Paulo and then 4-0 at Jorge Sampaoli's Atletico Mineiro – sealed his fate, forcing the Mengao to go back to the drawing board.

Up steps Ceni, who left Ceara's Fortaleza to take the biggest job of his coaching career to date.

“This is a special day for me, in my 30th yearinvolved in football,” the ex-Sao Paulo and Cruzeiro boss told reporters on Tuesday as he was presented as Torrent's successor.

“I have been in front of a full Maracana. I saw Mengao and Brazil legend Zico. I even called him up for tickets.

“A unique guy. I admired even his free-kicks, I'm his biggest fan. I feel like I have his permission to be seated here.”

He finally hung up his boots in 2015, aged 42, and turned his mind to coaching, acting as Dunga's Brazil assistant for a short spell before taking his first head coach job at his beloved Sao Paulo.

That stint back at the Morumbi lasted barely seven months, though, while in 2020 he spent just six weeks at Cruzeiro before being sacked by the Belo Horizonte side, who were relegated at the end of the season.

He fared far better at Fortaleza, a side whose domination at state level in Ceara up in the north-east of Brazil has rarely translated into success in the national leagues.

Ceni, though, led the club to promotion and the Serie B title in his first season in charge in 2018, ending a run of 12 years without top-flight football.

In 2019, Fortaleza secured a laudable ninth-placed finish in Serie A, while also lifting the Ceara state title and the prestigious Copa do Nordeste.

Ceni has achieved similarly consistent performances this year, leading the club to 11th while boasting the meanest defence in the entire league, conceding just 14 goals in 18 outings and springing upsets on high-fliers Internacional and Atletico Mineiro along the way.

While the new Flamengo coach promised to be “as attacking as possible” in his presentation, the Rio side will be hoping to tap into those defensive qualities – and fast. Under Torrent, they leaked 29 goals in the Brasileirao – the second-worst record of any team in the league – including 10 in the last three games alone.

His efforts to impose his Pep-inspired teachings on the Mengao failed, with his star-studded squad never comfortable with the shift in philosophy from Jesus' more rapid, direct style.

Ceni should prove a return to basics, by pushing hard up the field and looking to exploit the talents of Gabriel Barbosa, Everton Ribeiro and Bruno Henrique in front of goal while keeping things far tighter at the other end.

As fate would have it, none other than Sao Paulo lie in wait for his debut on the bench, which will be a key Copa do Brasil quarter-final clash on Wednesday, while the coming weeks see Flamengo resume their Libertadores defence in the last 16 against Argentina's Racing Club, while also facing a series of matches vital to their hopes of retaining Serie A – they currently lie third, one point shy of Internacional.

It promises to be a baptism of fire for Ceni, who is anxious to prove that he can repeat his success at Fortaleza at one of Brazil's top clubs following those disappointments with the Tricolor and Cruzeiro.