'Would Mbappe work for Liverpool like Salah & Mane do?' - Barnes unsure if move for PSG star would work
Match

'Would Mbappe work for Liverpool like Salah & Mane do?' - Barnes unsure if move for PSG star would work 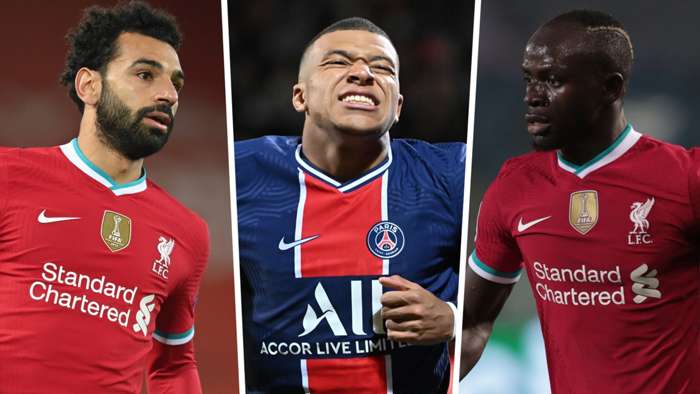 John Barnes has questioned whether Kylian Mbappe would be as productive as Mohamed Salah and Sadio Mane, should Liverpool look to sign the Paris Saint-Germain star.

Barnes is delighted to see that, but is eager to point out that any future additions must be judged on value, not name.

Liverpool have followed that approach in recent times and reaped the rewards.

It could be that they do dip into the market for Jadon Sancho or Mbappe if either become available at Borussia Dortmund and PSG, but Barnes is not convinced that superstar forwards are what the Reds need right now.

He told PlayOJO: “Liverpool now can attract the best players in the world. The kind of guys that we should be attracting are going to have to fit into the Liverpool philosophy, which means selflessness, humility, working for the team.

“No matter how good you are, Klopp will be looking at if you're willing to come and work for the team and not feel superior to your team-mates.

“I'm looking at Sancho and Mbappe in particular thinking; are they the right characters for Liverpool?

“Maybe Sancho is, I don't necessarily know him but he seems to be a level-headed boy. Mbappe I don't know, he's a very talented player. But is he going to work the way Mane and Salah works defensively? I don't know.

“I think Timo Werner would have been ideally suited to us but I think he wanted guaranteed first-team football every single week, which he wouldn't necessarily get at Liverpool, so that's probably why didn't come.”

Liverpool’s dealings in the last two windows have seen them unearth more gems, with Barnes saluting the recruitment of a team that is chasing down honours across multiple fronts once again in 2020-21.

He added: “Thiago and Diogo Jota were fantastic signings alongside Takumi Minamino, who was also a good signing.

“Those three are players who you want to come into the squad should anyone get injured. For two, three weeks they can come in, and they can maintain that momentum and the consistency.

“I think Jota and Thiago can play for six, seven months in the first team and they can continue to make Liverpool win games and play consistently well, which is what you want.

“Because I think of the past, not just Liverpool, but a lot of Premier League sides, spend £100 million on five players, but they don’t improve.

“Whereas with those two signings, if one of the front three gets injured, Jota can go in and do equally as well. Thiago can play in the midfield three and actually bring something in terms of flair and creativity as well.