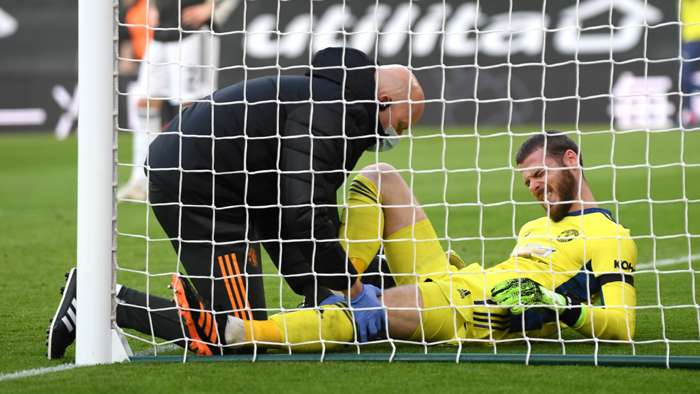 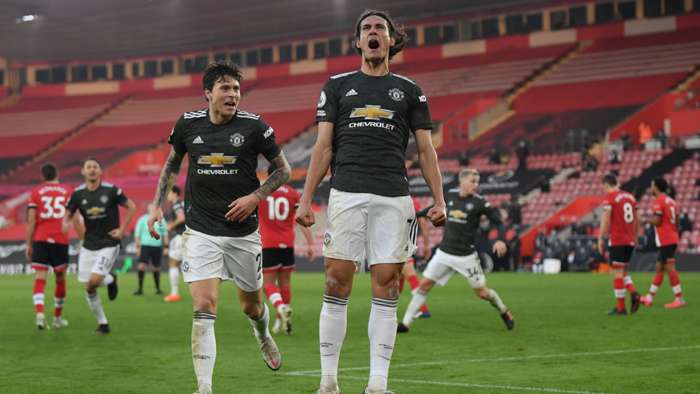 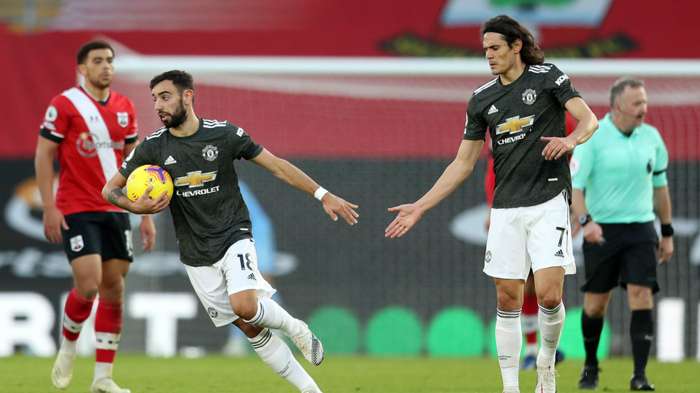 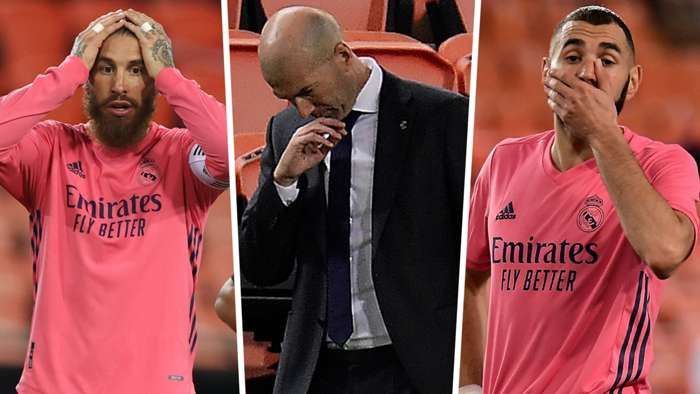 Fingers can be pointed, and they will be, at Zinedine Zidane and his players, after Real Madrid’s explosive collapse at Valencia on Sunday.

Four of the most experienced members of the team will be mostin the spotlight, though.

Captain Sergio Ramos, for an inexplicable, ridiculous handball, and his centre-back partnerRaphael Varane, for a bizarre and clumsy own goal.

Marcelo, who always seems to be on the scene of the crime when Madrid lose, and Isco, who is a shadow of his former self, wandering around the pitch like a schoolboy who missed the last bus home.

However, the truth is that this was also about the players who were nothere.

Not just Covid-19 positive duo Casemiro and Eden Hazard, although they were badly missed. The latter has been a bright spark since his return from injury, offering the attacking quality Madrid have been crying out for.

And the former? Without him, Madrid are a shadow of themselves.

The Brazil midfielderadds so much grit and drive to the team that without him, Los Blancos look directionless. Casemiro is also an important attacking presence for Madrid, something they missed at Mestalla on a wild night.

Madrid were missing the players who did not arrive in the summer and some of those who left for pastures new. Zidane wanted new arrivals, that isfor sure, while Madrid let Gareth Bale, James Rodriguez, Achraf Hakimi and Sergio Reguilon go, among several others.

While Bale and James are the biggest names, it isthe latter two whom Madrid might really regret letting go.

Zidane kept the faith in Marcelo and let Reguilon sign for Tottenham, but like in the defeat toCadiz, it was left evident that the Brazilian is no longer apt for a club playing at the level Madrid intend to. Nor is he fit enough; by the end he was left huffing and puffing as Valencia steamed by on the break.

Meanwhile at right-back, injury has left Madrid without Dani Carvajal, Alvaro Odriozola and Nacho, with Lucas Vazquez forced to play out of position there.

After Karim Benzema’s opener it was Vazquez who gave Valencia the chance to level, handling in the box, leaving Gil Manzano no choice but to point to the spot.

Thibaut Courtois made a good save from Soler’s penalty, which the Spaniard then fired against the post before Yunus Musah lashed home the second rebound, but it had to be retaken because of encroachment from both sides.

This time Soler dispatched it, going the same way, but with enough power to beat Courtois.

Just before half-time, Madrid, who had looked aimless, threw away the lead when Varane scooped the ball into his own goal, with VAR showing it crossed the line before it was scrambled away.

Casemiro’s absence told, as Valencia stormed through the middle of the pitch. Zidane wanted to sign Rennes teenager Eduardo Camavinga to play in midfield; providing a more defensive option for when the Brazilian is absent.

That did notcome to fruition, and neither did his long-term desire to sign Manchester United’s Paul Pogba.

The farce continued in the second half, with Jose Gaya shredding Madrid’s defence and Marcelo fouling Maxi Gomez to stop him from scoring at point blank range. Soler netted his second penalty, with the third following after Ramos punched the ball away from Musah.

The Madrid captain has reined in some of his less helpful defensive actions in the past few years, and is no longer the red card magnet he used to be, but this was a perplexing moment of madness.

Even Courtois, while giving him the credit for going the right way for each of Soler’s converted spot-kicks, could think he might have kept the first two out, which were neither in the corner nor hit viciously by the Valencia midfielder.

A foul night was made worse for Madrid when Benzema went off, rubbing the inside of his thigh. Mariano Diaz replaced him, a player Zidane rarely finds a use for, showing how thin this Madrid squad is.

The coronavirus pandemic certainly affected the club’s spending, or lack of it, with Martin Odegaard’s return from loan effectively Madrid’s big ‘signing’. The Norwegian will notbe enough.

Madrid won the double in 2017 on the strength of their B-side, with James, Isco and Alvaro Morata essential for Zidane. Now when the coach rotates, things fall to pieces.

Last season they stormed to the title in strange circumstances, showing the bloody-mindedness to drive to victory in the ‘mini-league’ after the restart, something everybody knew was not repeatable over the course of a whole campaign.