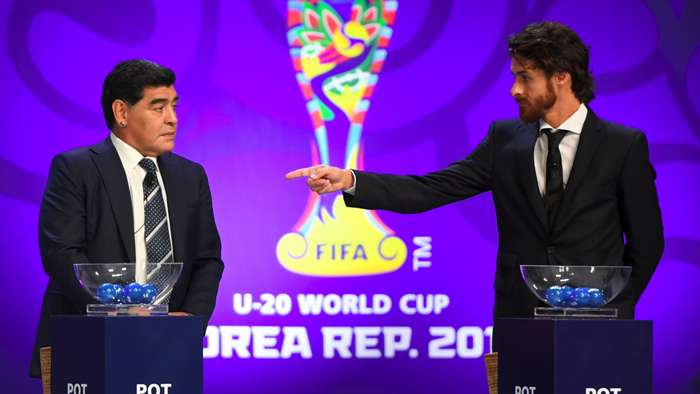 Former Valencia, River Plate and Argentina star Pablo Aimar has revealed he had little need of comic books growing up - because his 'superhero' Diego Maradona was already the real deal.

The ex-playmaker's childhood in the 1980s coincided with Diego's peak as a player, starring for the likes of Boca Juniors, Napoli and Argentina and winning the 1986 World Cup with the Albiceleste.

Now a coach himself with Argentina's Under-17s, Aimar admits that for his generation, the idol was as special as any fantasy figure.

"He was the biggest influence for those of us who were born in the 1970s and 80s," Aimar wrote in an article published inThe Coaches' Voice.

"By then the superheroes were already around: you had Spiderman, Batman and others, but we all wanted to be Maradona instead of those other superheroes.

"We pretended we were Maradona and we aspired to be the guy who was there in the Mexico World Cup in 1986, singing the national anthem and then in the Italy 1990 World Cup, insulting those who jeered our anthem. That was Maradona to us.

"There will be always be someone who didn't care about him, but for a lot of us he was what we wanted to be. Our families bought his boots and his shirt for us, not the Spiderman suit."

Like Aimar, current Albiceleste ace Lionel Messi has had to battle the spectre of Maradona's huge reputation in his home country.

Messi has stated publicly that Aimar was his personal hero growing up, and the now-retired star is equally generous with his praise of the Barcelona wizard.

"Football accepts all opinions, that is what makes it so popular. That, and because it has so much to do with random chance," Aimar continued.

"So, when a guy comes along who breaks down all the randomness, that is what happened with Lionel Messi, when he plays we all think Barcelona will win.

"He has exhausted every possible superlative; for the last 15 years he has done exactly what he had to do.