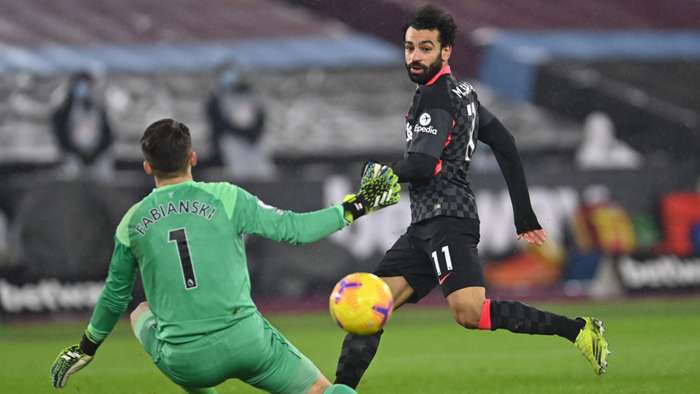 Liverpool star Mohamed Salah revealed his distaste for refereeing technology after steering his side to a crucial 3-1 win over West Ham United on Sunday.

Both strikes came in the second half to see Liverpool clear of the hosts, with Georginio Wijnaldum later extending the Reds' lead to three before Craig Dawson hit a late consolation for the Hammers.

It is the second time in 72 hours that Jurgen Klopp's men have run out 3-1 winners following Thursday's defeat of Tottenham, ending a barren spell of four league games without scoring a single goal.

Salah is relieved to see his side back in form, but believes that VAR had something to do with their sudden slump.

"I think before, I don't like VAR!" the forward explained to Sky Sportsafter the final whistle.

"From the beginning of the season, in my opinion it's killed the game. You have to be exactly the right side of the line in offside calls.

"In other countries it's OK. I don't want to get a fine but it's my opinion. I don't like VAR."

Sunday's victory lifted Liverpool back up to third place in the Premier League at the expense of Leicester City, who came unstuck against Leeds United earlier in the day.

Salah was pleased to see his side secure a second consecutive win on the road against Moyes' well-drilled Hammers.

"It's a good win for us today having played away for the second game in a row. We have to win every game and West Ham are a tough team," he added. "They play a really good game but I like playing against them. We just have to carry on andkeep winning.

"I knew that Sadio and Roberto weren't going to start so there was a big responsibility on me, but I just try every game to help the team.