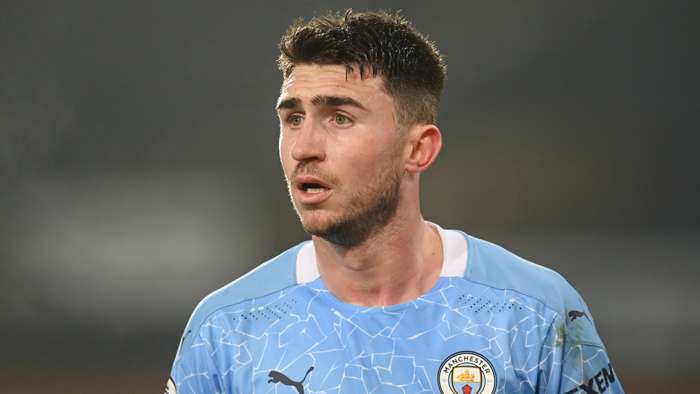 Aymeric Laporte has hinted that a summer transfer call lies in store at Manchester City, with the French defender admitting that he may have to start weighing up his options despite being happy at the Etihad Stadium.

He was expected to be a long-term solution for City in what has been a problematic position at times.

Injuries and a bout of Covid-19 have, however, worked against him this season and allowed others to nail down spots in Pep Guardiola’s plans.

John Stones and Ruben Dias have become a go-to pairing for the Blues boss , leaving Laporte scratching around for minutes.

He was back in City’s starting XI for a 2-0 win over Burnley, as Guardiola went with three at the back, but it remains to be seen whether that role will be retained.

Having taken in just 12 appearances in the 2020-21 campaign, Laporte has told BT Sport : “At the moment I'm here, I'll play, we'll see what happens.

“I'm happy at Manchester City, I always thought I'd spend many years here. I hope that will happen.

“I will see what happens between now and the end of the season but for now I'm happy.”

City’s fine form has made it difficult for Laporte to force his way into a winning side.

In edging past Burnley, the Blues have stretched their run of successive victories to 13 games.

Goals have started to flow again for the Premier League leaders, after an uncharacteristically slow start to the campaign, but Laporte says a star-studded side are doing nothing different and are merely riding a momentum wave.

He added: “I don't know what we changed, the one thing we have done is winning every game. We're happy and we will try to keep on this way.

“It's important when you score. If you don't score you don't win. We have to keep this rhythm, keep not conceding many goals and try to score more than we concede.”