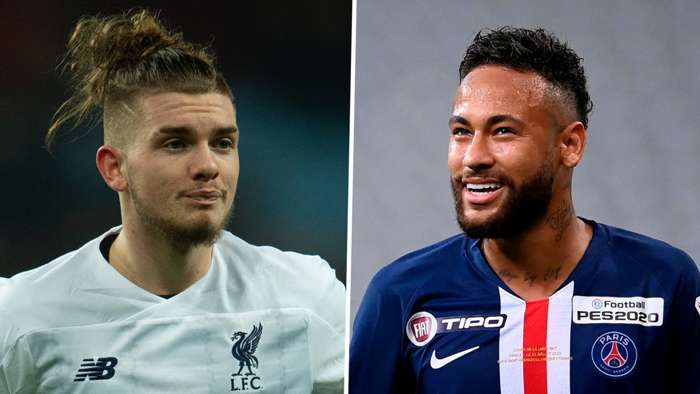 Liverpool youngster Harvey Elliott says he idolised Neymar and has tried to incorporate the Brazilian's dribbling ability into his own game.

The winger went on to make eight appearances in all competitions for Jurgen Klopp's side this season and has been tipped to become a key player in the future by assistant manager Peter Krawietz .

And Elliott says he was inspired by Neymar during his Barcelona days, while Liverpool icon Steven Gerrard was a big influence on him as well.

"When I was a little younger, Neymar was my inspiration," he told Liverpool Echo . "He was breaking on to the scene at Barcelona and I remember saying to my dad: ‘This kid’s going to be one of the best players in the world one day’.

"The way Neymar moves and his dribbling ability, I try to add that into my game. But if I was looking up to someone, it would have to beSteven Gerrard. He is a Liverpool legend."

The England Under-17 international is also full of praise for Reds boss Klopp and is aware that he will have to be at the top of his game if he is to make an impact on the first-team in the coming years.

"The manager is fantastic and has been brilliant for me and I’m already learning so much from him, I don’t think anybody has a bad word to say about him," he added.

"I remember my first training session at Liverpool, there were players already in the gym working when I arrived.

"These players had won the Champions League and they were first in, wanting to be the best possible players for the new season. I realised I’d have to do that as well. I’d have to put more effort in to get to where they are and be the kind of players they are.

"The tempo in training from the start made me realise I’d have to adapt quickly just to keep up with them. And then there are the ‘rondos’ – you don’t want to be in the middle of those! They always start with the youngest in the middle, and that’s always me at the moment.

"I’m in there for two or three minutes at least. Sometimes here and there I’ll get lucky if somebody makes a sloppy pass. But once you’re in the middle, and everyone is at full flow, that’s not a place you want to be!"