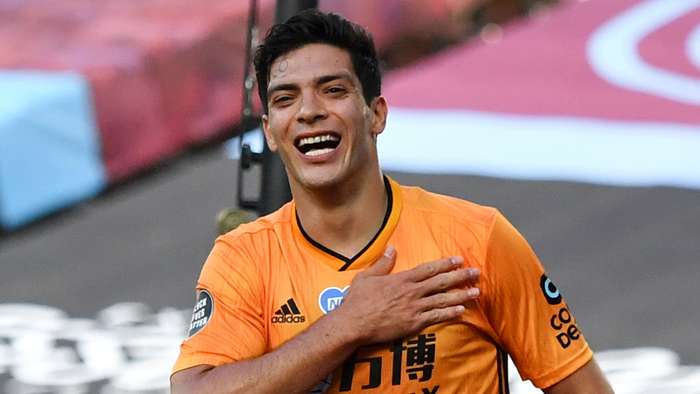 The French international could be heading to the San Siro, with the Slovakian moving in the opposite direction

According to Di Marzio, Inter are prepared to part ways with the Slovakian in order to help sign Ndombele, who has been on the outer at Spurs since Jose Mourinho's arrival.

The Bulls announced their capture of the 34-year-old on their official website, who joins after leaving League One side Southend United.

The Red Devils are set to lose out to Juve

Juventus have won the battle to sign Wolves striker Raul Jimenez ahead of Manchester United, reports Spanish publication AS.

The 29-year-old has been consistently linked with a move to Old Trafford, but is set to choose the Serie A champions instead.

Jimenez has scored 27 goals for Wolves in all competitions this season.

Real Madrid have announced the departure of forward Dani Gomez to Levante.

The club revealed the news on their official website, with Gomez joining Levante after spending last season on loan at Segunda side Tenerife.

Gomez, 22, is a Spain under-21 international but never made a senior appearance for Real.