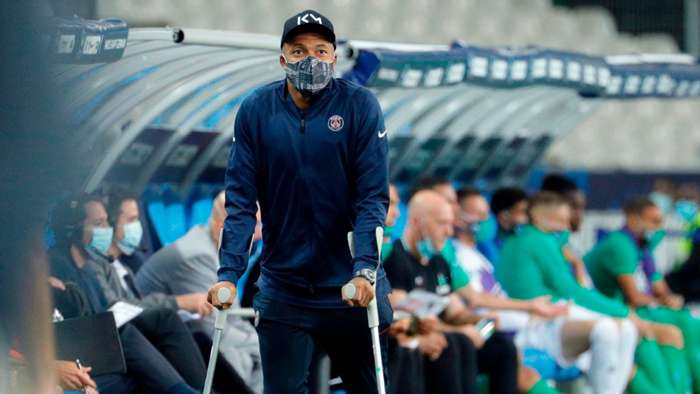 Injured superstar Kylian Mbappe could make a miraculous recovery to play in PSG's Champions League quarter-final against Atalanta, according to team-mate Ander Herrera.

But despite coach Thomas Tuchel insisting Mbappe would need a 'miracle' to recover in time, Herrera believes the World Cup winner should not be ruled out yet.

"We have seen that he can walk quietly. He's very professional, he's young. He really wants to play and we can be very calm. He works every day, morning and afternoon.

"But if it's not possible for him to play, we also have other solutions. Kylian is very important and I'm sure he will try to play."

Mbappe's absence didn't matter for PSG as they made it a clean sweep of French domestic competitions with a 6-5 penalties win in the Coupe de la Ligue final against Lyon after the match ended 0-0 after extra time.

The French giants were awarded the league during the coronavirus hiatus, and have also picked up the Coupe de France and Trophee des Champions.

"We did not lose the concentration, the hunger to win, the confidence, we won on penalties and that counts," he said.

"We won these four titles, there is a good atmosphere in the locker room.And I'm very happy because everyone thinks it's okay to win, but it's not that easy.

"Winning four titles is the merit of this team and I am happy.

"They are reliable guys who play, enjoy working and suffering together."