‘When you have Ronaldo with you, you always start 1-0’ – Juventus can ‘win anything’ with Portuguese, says Vieri
Match

‘When you have Ronaldo with you, you always start 1-0’ – Juventus can ‘win anything’ with Portuguese, says Vieri 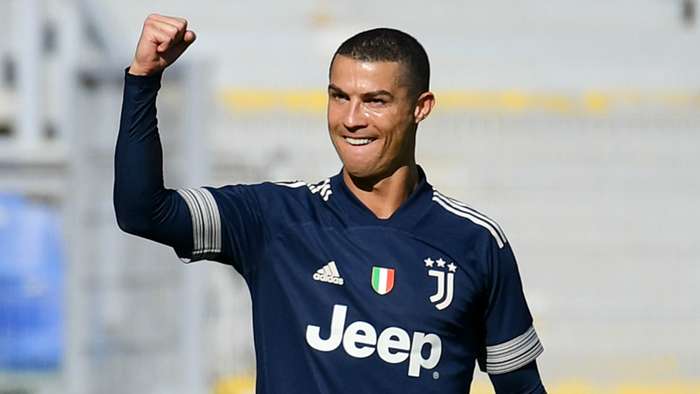 Juventus remain capable of winning “anything every year” because “when you have Cristiano Ronaldo with you, you always start 1-0”, says Christian Vieri.

They are, however, just seven points off the pace in the ongoing defence of their Serie A title and are safely through to the last 16 of the Champions League and semi-finals of the Coppa Italia.

With there still all to play for, and with a five-time Ballon d’Or winner in their ranks, Vieri believes more major silverware can be secured this season by an ambitious outfit.

The former Bianconeri striker has told Stats Perform News: “Listen, Juventus can win anything every year. They have a fantastic side.

“When you have Cristiano Ronaldo with you, you always start 1-0.

“Pirlo is a fun guy. He is the opposite of what everyone sees. He is a fun dude, he takes the p*ss out of you the whole day.

“Of course, everyone is different on TV, right? He is calmer. You never see him go crazy. He is the opposite of Antonio Conte. You see Conte, it's like he is playing.

“It's his first experience. He is having a good time. He won a trophy already. You win games and lose games, it's part of coaching. Maybe lose more games than win, some coaches do that. But he is happy coaching, that's what he wanted to do.

“He has an amazing team. He can win everything this season. Let's see what happens. Nine years in a row winning the Scudetto, of course, sooner or later you will lose it because motivation-wise, you can't have that motivation every year.”

Juve are set to face arch-rivals Inter in the last four of the Coppa Italia on Tuesday, with Vieri expecting progress to be made in that competition before going on to chase down another domestic league title.

“I don't think the other benches are as strong as Juve's. I think Juve are still the strongest. But motivation wise, you can't win forever.

“Inter have a fantastic team this season. Achraf Hakimi, Arturo Vidal, Ashley Young, Alessandro Bastoni, they're all good players. They're solid, more solid defensively than three to four months ago. Up front they're fantastic. Anyone can win.