Zidane was right: Bale's best days have long since passed 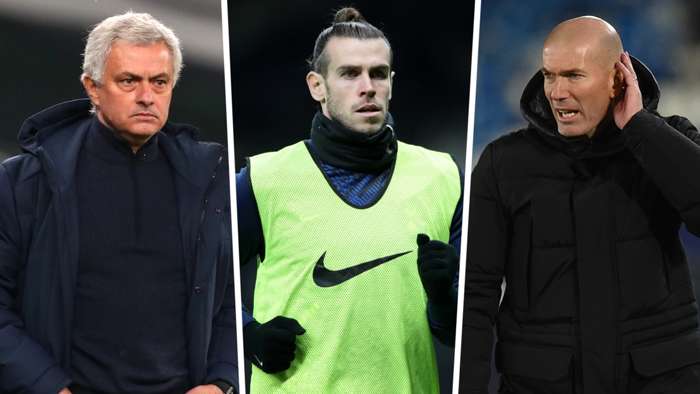 Gareth Bale watched from the bench as an impotent Tottenham were beaten 1-0 by Chelsea on Thursday night, leaving everyone wondering why Jose Mourinho didn’t give him the chance to spark a comeback.

Real Madrid coach Zinedine Zidane was harangued in British media for consistently refusing to pick Bale, but he could see the Welshman’s best days had long since passed.

Supporters in the Spanish capital knew it too, and were relieved when he returned to the Premier League last summer, confident they wouldn’t regret his departure. And they were right.

Bale’s time in Madrid had moments of sheer magic, including the 2018 Champions League final brace against Liverpool and Copa del Rey final solo goal against Barcelona in 2014, but, in the end, they merely highlighted how much he had declined.

Bale, of course, was meant to fill the void left by Cristiano Ronaldo when the Portuguese left for Juventus ahead of the 2018-19 campaign but he failed miserably to do so.

Zidane’s return towards the end of the season spelt bad news, given the Frenchman had never felt during his previous stint at the Santiago Bernabeu that he could rely on the €100 million (£88m/$120m)man.

Consequently, he tried desperately to offload Bale in the summer of 2019, and very nearly managed it.

Bale had a free transfer to the Chinese Super League lined up but Madrid decided at the last minute to demand a fee, meaning the deal fell through. That left the coach lumbered with a player he didn’t want.

That episode alone should have been a warning sign for Tottenham. Spurs fans were understandably excited about the return of their former hero last summer but they should have been asking themselves why Zidane was so keen to get rid of Bale.

“If he goes tomorrow, so much the better,” Zidane said back in 2019, in what was an extremely rare public jab at one of his own players.

Bale made just four appearances in the last 16 league games of the 2019-20 campaign, spending most of those on the bench as an unused substitute and occasionally left out of the squad altogether. The title win did not belong to him whatsoever, and he knew it, as the images of him awkwardly loitering for the celebrations underlined.

When he did play, he was ineffective, clearly past his sell-by date and, some would argue, distracted.

The Spanish press hammered Bale for his fixation on golf, which was underserved, but it helped paper over the futility of actually playing him.

Sublime, stand-out moments burnt into retinas, indelibly marked in memories, helped Tottenham make the irrational decision to loan him this season, remarkably agreeing to pay 40 per cent of his €30m-a-year salary, but no tears were shed in Madrid.

Even president Florentino Perez had given up on Bale, despite the Welsh winger being his bet, his Ballon d’Or project, his answer to Ronaldo, who had been signed by his predecessor Ramon Calderon, which always rankled with the Blancos supremo.

Madrid supporters even cheered Bale’s exit. In his final days at Valdebebas, the club’s training ground, some gathered outside and abused him on the way out, telling him to “go and play golf” among other jibes.

“Zidane didn’t want to see him for a minute longer,” AS editor Alfredo Relano said after Bale left.

“He couldn’t have (footballing freedom) in Madrid, so he took refuge in golf, only breaking from his isolation to make some insolent gesture or other.”

Holding that infamous flag reading 'Wales. Golf. Madrid. In that order' only increased the disdain for him in the Spanish capital.

Even when he did get minutes, he wasn’t pleased about it. “I’m playing but I wouldn’t say I’m playing happily,” admitted Bale.

He was content to wind down his contract and had no intention of hunting for football elsewhere unless someone was willing to match his current salary.

Santiago Segurola, writing in AS, argued that the transfer felt doomed from the beginning.

“Bale could never associate with the classic values of Real Madrid," he said. "From the start he seemed a player of moments, a marvel of misaligned qualities, like magnificent clocks that cannot tell the time accurately.”

Even the constant links to Manchester United seemed off, with Marcus Rashford, Anthony Martial, Mason Greenwood and Bruno Fernandes all looking brighter prospects.

In the meantime, Rodrygo Goes, Vinicius Junior and, humiliatingly, even Lucas Vazquez were all preferred to Bale.

Eventually, Tottenham, in a perfect storm of nostalgia and necessity, offered Bale an escape route.

It turned him from villain in Madrid to homecoming hero in an instant, but the sheen quickly faded as knee and calf injuries hampered his first few months at the club, where he has scored only one goal in six Premier League appearances.

By the time Bale left Madrid, effectively having spent two years rotting away, yet still making bank, he was barely a footballer. That is why Mourinho ignored him as his team limply fell against rivals Chelsea.

“A good question, but you don’t deserve an answer,” he snapped at a reporter asking why Bale was not used.

“Gareth is trying his best. Everyone is trying their best,” he added in his press conference.

It’s just that Bale’s best is now not remotely sufficient, and hasn’t been for a long time.