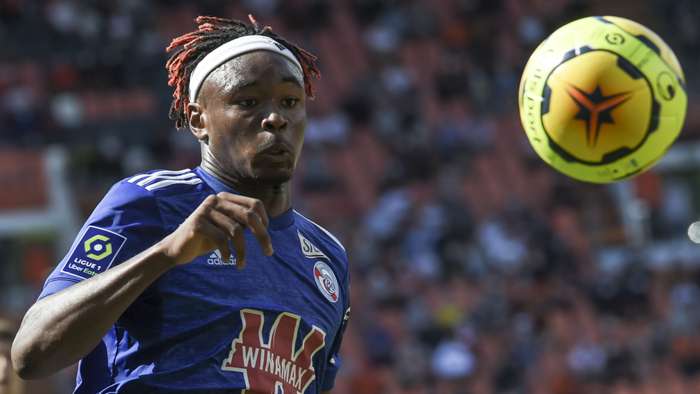 RB Leipzig are set to beat AC Milan to the signing of Mohamed Simakan from Strasbourg.

Simakan, 20, is expected to succeed Dayot Upamecano at Leipzig, whose agent said on Sunday that he is likely to leave the German side at the end of the season. Bayern Munich have confirmed they have had positive talks with the France international, though the likes of Liverpool, Chelsea, Manchester United and Real Madrid are also rumoured to want him.

Simakan had reached a personal agreement with both Leipzig and AC Milan, who made an offer worth a similar amount as Julian Nagelsmann's team earlier this month.

Milan had been tracking the defender since last month, as technical director Paolo Maldini confirmed in November.

"At this moment, especially for our way of playing but also the situation of football in general, I would go and get a defender who is strong in one-on-one situtations," he told DAZN.

"That’s why we tried to sign Mohamed Simakan from RC Strasbourg."

"The French league is not very tactical.As a result, the defenders develop the ability to defend well one-on-one. Whether it’s Simakan or someone else, our idea is to sign this kind of player. Maybe they'll havethings to learn tactically, but they'll bephysically strongand good defensively one-on-one."

Simakan has started 19 Ligue 1 games for Strasbourg, but missed their last three matches after having keyhole surgery on his knee. He is expected to be out of action for two months.

He spent four years in the youth academy of local club Marseille but left at the age of 15, eventually joining Strasbourg in 2017.

Simakan made his debut for the senior side in July 2019 and has gone on to make 44 appearances in all competitions for the club.