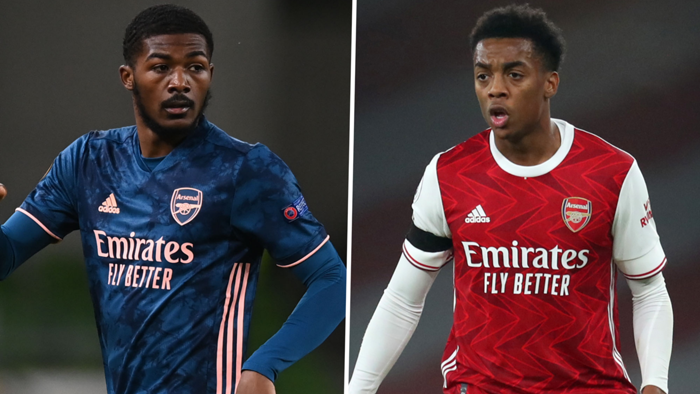 Mikel Arteta says firm decisions on the futures of Ainsley Maitland-Niles and Joe Willock will be made in the summer.

They are due to return to north London at the end of the season, with neither deal including an option to make the move permanent, and talks will then take place to determine what their long-term futures could hold.

“I expect that all the loans come back and we will make a decision in the summer,” said Arteta.

Willock has made 17 appearances in all competitions this season for Arsenal, scoring three goals.

He has only started twice in the Premier League, however, and Arteta felt the time was right for the 21-year-old midfielder to experience some regular game time in the top flight.

“Joe’s situation was very clear to me,” said the Spaniard.

“We spoke in the summer about a possible loan and I said to him that I was not comfortable with that as I wanted to give him minutes to play different competitions. He has played 17 or 18 games in this period which is a lot.

“He has played to a big level, but now we have less competitions and I thought that he would have lesstime and that probably the best thing to do would be to give him 14, 15, 16 games in the Premier League.

“To have30-32 games in one season for his age and with what he has done in the past few years would be a really positive thing.

“We found the right club manager and coaching staff. So hopefully it will be a successful period for him.”

Maitland-Niles meanwhile was desperate to head out on loan in January to give himself a chance of making Gareth Southgate’s England squad for this summer’s European Championships.

Arsenal rejected a bid of over £20 million from Wolves for the 23-year-old last summer, with Arteta deciding that he wanted to keep hold of the versatile player.

But he has only started five Premier League games since then and with the European Championships fast approaching, Maitland-Niles knew he needed to get out to secure some more game time.

“Ainsley is a different phase of his development to Willock and is an England international,” said Arteta.

“He was willing to experience something else and I decided to allow him to do that. He can play in different positions and might have the possibility to play in midfield which for him is important.