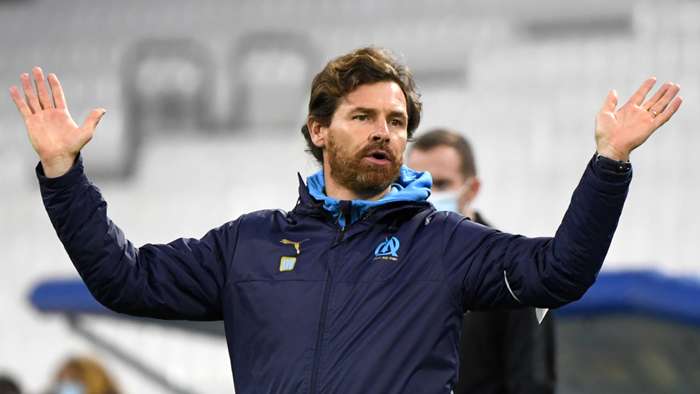 Even by the standards of the tumultuous history of Marseille, one of Europe’s most mercurial clubs, the last week has been astonishing.

The following day, it continued with supporters storming their training ground,causing significant damage and forcing the postponement of their scheduled league match versus Rennes.

Two days later, the mayhem continued as Villas-Boas, unhappy with the loan signing of Olivier Ntcham from Celtic on deadline day, announced he had handed in his resignation and was waiting for the board’s response.

Instead of giving him a straight yes or no, Marseille elected to suspendthe former Chelsea and Tottenham boss for his public criticism of their project.This is how things remain, pending an internal investigation.

When OM tackled Lens 24 hours subsequently, there was no coach listed on the team sheet, an action that will draw the club an unwelcome fine. In practice, it was reserve boss Nasser Larguet who was in charge.

Marseille moved into a two-goal lead by half-time, Arkadiusz Milik scoring on his full debut after his very welcome arrival from Napoli. By full-time, though, Lens had pegged their guests back.

Even Marcelo Bielsa’s resignation after a single game of the 2015-16 Ligue 1 campaign did not shake OM in the manner the last seven days have managed. So great have been the club’s internal problems, it would be a wonder if they had even considered the television crisis that continues to engulf French football.

When Villas-Boas was an emerging coaching force, he was often branded ‘the new Jose Mourinho’. While the elder Portuguese was known for his ability to plant seeds of chaos at a place and time of his choosing, there has been nothing in Mourinho’s career that compares with the anarchy that Villas-Boas has provoked of late.

His 18 months at Marseille have certainly been eventful. Last season, he made OM the great overachievers in France’s top flight, finishing as runners-up to Paris Saint-Germain in a season that was aborted in March due to the coronavirus crisis.

With a thin squad that was largely reliant on Dimitri Payet for its offensive imagination due to an injury to Florian Thauvin, Marseille should not have been able to achieve what they did. Their second-place finish, however, was testimony to the smart tactics and pragmatism of the man in the dugout.

He managed to forge such a strong team mentality that even when they were not playing well, they would win games. No other team, with the exception of runaway champions PSG, were capable of doing that.

To some extent, Villas-Boas has been a victim of his own overachievement. The board were unable to back him in the summer transfer window due to Financial Fair Play restrictions, and he was left with a squad unsuited to competing in both domestic and European competition.

The intense nature of the mid-Covid crisis calendar, when the biggest teams have effectively played twice a week for six months, was always liable to decimate the squad.

Even in the autumn, when Marseille were still – somehow – winning in Ligue 1, the cracks were starting to show. As OM chalked up loss after loss in the Champions League, setting an unwelcome new mark of 13 straight defeats in the competition, Villas-Boas became increasingly prickly in his press conferences.

Even the tactical mind that had so shrewdly led the club back to European football’s highest level was unable to find a solution to their problems, and as the fatigue built, results worsened and tension in the camp grew.

With the substance-over-style approach of the Portuguese now failing, the critics quickly rounded. And all around the club, instability now reigns.

Villas-Boas mimicked Mourinho in that he became progressively more pointed with the media, whom he felt were unduly harsh on his side. Certainly, there has been little recognition of the battle-weary nature of Villas-Boas' troops and more of a focus on the now disastrous results.

By the time he learned Ntcham had been signed, apparently the morning after the fact, it seems Villas-Boas felt he was not getting support from anywhere. Having been hit by a water bottle by the club’s supporters two days earlier, he was now being struck an equally damaging metaphorical blow by the board.

It is ironic, then, that Villas-Boas' dramatic end at Marseille is set to overshadow much of the excellent work he conducted at Stade Velodrome. A matter of weeks have erased months of progress, yet with OM now struggling in mid-table, in the midst of a remarkable civil war and facing significant financial difficulties, they are in no better a state than when he found them.