Jurgen Klopp admits that securing a top-four finish is going to be a “big challenge” for Liverpool this season.The Merseyside heavyweights sit sixth in the table at present, fiv...

'When Man Utd, Barca and Real win it's because they spend too' - Gu...

Pep Guardiola says Manchester City must learn to with the repercussionsof spending money after being accused by some of buying success.Ahead of Saturday's Premier League clash, ...

Jimenez to return from fractured skull this season as Wolves boss N...

Raul Jimenez is set to make a long-awaited return to action this season, claims Nuno, with the Wolves boss “totally confident” that the Mexico international will figure again be... 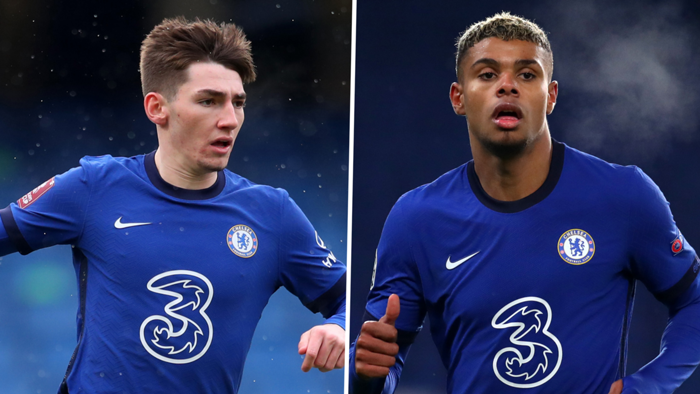 Chelsea had loan offers for both Billy Gilmour and Tino Anjorin on transfer deadline day but Thomas Tuchel admits that he wanted to keep them after seeing them in training.

However, Tuchel was impressed by the youngster, along with Anjorin, who increasingly found himself training with the first team under the previous manager Frank Lampard.

“That was maybe the most comfortable transfer period in my life as a professional coach,” Tuchel told reporters. “I was in only a few days, I was happy with every guy that was out there on the pitch, there were no big injuries.

“So there was no need for one minute to think about bringing players in. It was the opposite, we decided to keep Tino Anjorin and Billy Gilmour with the group because I like a lot what I see from the two guys.

“Billy is very, very close in terms of quality and work ethic and personality. So we decided very quickly. It was not even a decision, it was simply clear that we go with this group going forward.”

Gilmour could step into Chelsea's squad ahead of his side's trip to face Tottenham on Thursday, with Kai Havertz likely to be unavailable through injury.

Recalling the youngster is just one of several decisions that have shown Tuchel is willing to engage his full squad – one that Lampard had previously described as oversized.

Marcos Alonso's recall into the starting line up in the 2-0 win over Burnley saw him play for the first time since September and his return puts pressure on Ben Chilwell.

“It gives us a big scale of decisions and now Marcos has to work hard to push forward and stay in the squad. And Chilly, at the same time, is pushing to come into the squad and that’s the best situation we can have,” Tuchel added.

Tuchel's first two games have seen him rotate players in many positions but Hudson-Odoi has been the one attacker that he has stuck with after moving him to play at right-wing-back.

Hudson-Odoi earned man of the match displays while playing out of position against Burnley and Wolves. Having been in London just 24 hours before his first game, Tuchel didn't have time to brief Hudson-Odoi on the new role but is glad that it has worked out regardless.

“No, maybe it was a good thing I didn’t ask because maybe I would have doubted my decision,” Tuchel continued.

“With Callum it was a big advantage because I was new, there was just one day. He was happy to start and he took his chance.

“So all the qualities that he has - the high speed, the quick recoveries, a huge amount of high-speed runs, high-speed dribbling. He’s good one-on-one and he is always a threat to the last line.