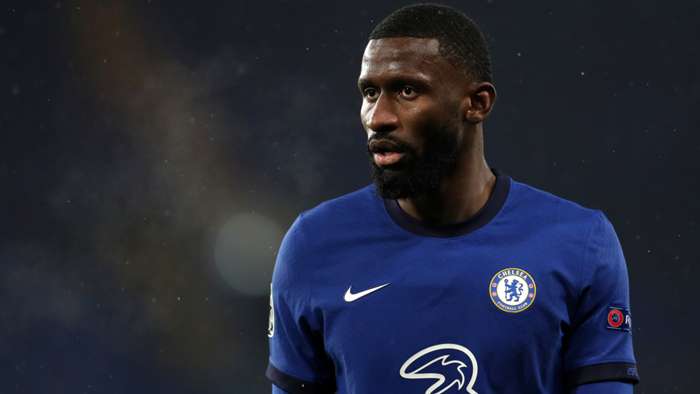 Chelsea defender Antonio Rudiger revealed that he has received "immense" amounts of racist abuse on social media over claims he had a hand in Frank Lampard's sacking.

Rudiger has now affirmed that he is also a victim of hate speech, and that the volume of such messages has taken him aback.

"What I can say is people should be human beings. I didn't post anything about this but the racial abuse was immense," the defender explained to theDaily Mail.

"This makes me stronger, I know who I am. I can look in the mirror, I can smile. I can put my hand up. I know I didn't do anything. So for me, this is forgotten. If people are still on that racially abusing people, at the end of the day I cannot control people and their emotions and I don't want to.

"It's sad. But it is what it is. At the end of the day, in life, for me it's very important that I can look in the mirror.

"That's the most important thing. I see myself. I know who I am. As I said before, with other people, their emotions, I cannot control it. I don't want to control it.

"They can say what they want. Of course, it hurts but in this case I just block this out because I knowwho I am and I didn't do anything.

"To be very honest, I don't know about all these social media things.

"Because at the end of the day, if more people are making accounts, I think they make money off it.

"So, me personally, I don't think these people care. For, as you know, this money has power. And the rest doesn't matter.

"It's hard to tell if people will make a change on that. I feel sorry for that. But I feel more sorry for people who are not strong enough, it really affects them this type of stuff.

"Of course it affects me in a way too but for me, it's just to think people are not normal. People are, sorry to say, stupid."

Rudiger went on to reiterate that he had no influence on Chelsea's decision to part ways with Lampard, saying that he is happy to work with any manager given the chance to shine at Stamford Bridge.

"It's my fourth season in the club and so far I had four coaches. My conscience is clear. I know who I am. I know I didn't do all of that nonsense that came out. In my head I'm very free," he added.