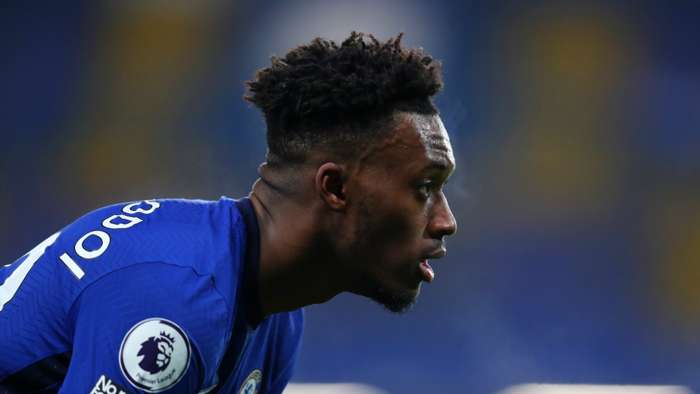 Hudson-Odoi failed to lock down regular minutes under Tuchel's predecessor Frank Lampard, but has now started all three of the ex-Paris Saint Germain boss' matches as Blues head coach.

Hudson-Odoi has been considered one of Chelsea's brightest prospects for years but often struggled to find regular playing time under Lampard.

But Tuchel, who replacedthe former England international last week after he was sacked, has offered hima new lease on life at Chelsea at a new position.

Normally an attacking winger, Hudson-Odoi has been moved to wing-back by Tuchel and he has responded with three assured performances.

Chelsea have now won two and drawn one ofTuchel's first three games in charge, including back-to-back victories over Burnley and Tottenham.

"I'm liking it because it's motivatingwhen a manager is on the side giving you instructions and pushing you and shouting at you," Hudson-Odoi told Sky Sports. "Sometimes you don't like shouting but sometimes it motivates players to keep improving and keep showing your quality.

"I'm enjoying every bit of it. He has come with a real purpose to try and make us win games as much and quickly as possible. Try to apply his tactics as quick as possible as well. We're allenjoying it at the moment and hopefully we can keep going with it."

"We just let him drive and he did very good, showing all his qualities he has: the high speed, the quick recoveries, dribbles, good one-on-one," Tuchel told Chelsea's website.

"He took his chance. There was no need to change for the second game and he did another good match.

"Maybe in some defensive duels in the air there is space to improve, but this is absolutely normal. I am very happy he was happy to be on the pitch. He has given his best and that’s what we have asked for."