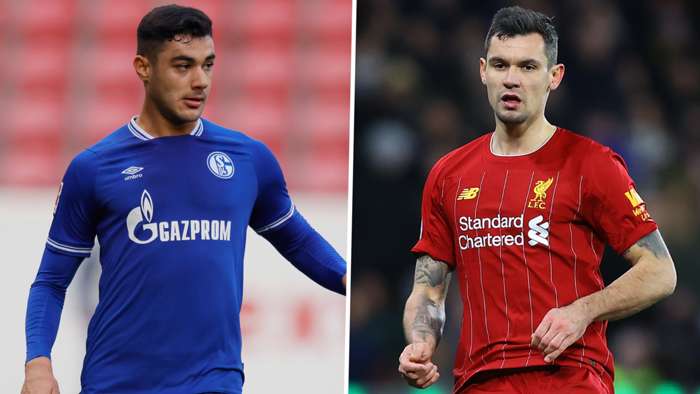 Liverpool have landed a “Dejan Lovren-type player” in Ozan Kabak, says Sven Mislintat, while the 20-year-old defender has also been billed as a “superb deal” for the reigning Premier League champions.

With Virgil van Dijk, Joe Gomez and Joel Matip all missing, and makeshift centre-half also nursing a knock, reinforcements were required on Merseyside at the end of the winter transfer window.

Ben Davies has been snapped up from Preston in a cut-price deal, with his contract at Deepdale running down, and Kabak has been taken from Schalke on an initial loan agreement through to the end of the season.

He is expected to see regular game time over the coming weeks and is being backed to fill the void created by a Croatia international that his game has been compared to.

Mislintat, Arsenal’s former head of recruitment who worked with Kabak at Stuttgart, has told The Athletic of a player he recommended to the Reds: “I told Jurgen that he’s a top lad.

“Top mentality, top character, top aggression. He’s a Lovren-type player. Very good in the air, both defensively and in the opposition box.

“He played his best stuff for us at Stuttgart. He hasn’t been able to show how good he is at Schalke. He still needs to learn but he has all the skills for Klopp to make a success of him.”

Kabak joined Schalke in January 2019, with Michael Reschke filling a head of sport role at the Bundesliga club when that deal was done.

He is another expecting a highly-rated talent to thrive in England after struggling to live up to expectations alongside many others in Gelsenkirchen.

Reschke said: “He hasn’t quite been himself lately. Him spitting at an opponent was completely out of character for him.

“There was no way Schalke could stop him from going to Liverpool now. If they had refused him a big transfer for a second time, they would have killed him as a player. They knew they had to let him go now.

“David Wagner would have given him a glowing report. He’s not super fast, but he’s very strong and resilient, switched on. He can play football, he wants to win every ball and he’s great in the air.

“I’d be surprised if he didn’t score a couple of goals from set pieces. He will benefit from a bit of guidance by more experienced players and from Klopp, who tends to improve every player.

“We shouldn’t forget that he’s still young but getting him in on an initial loan is a superb deal for Liverpool.